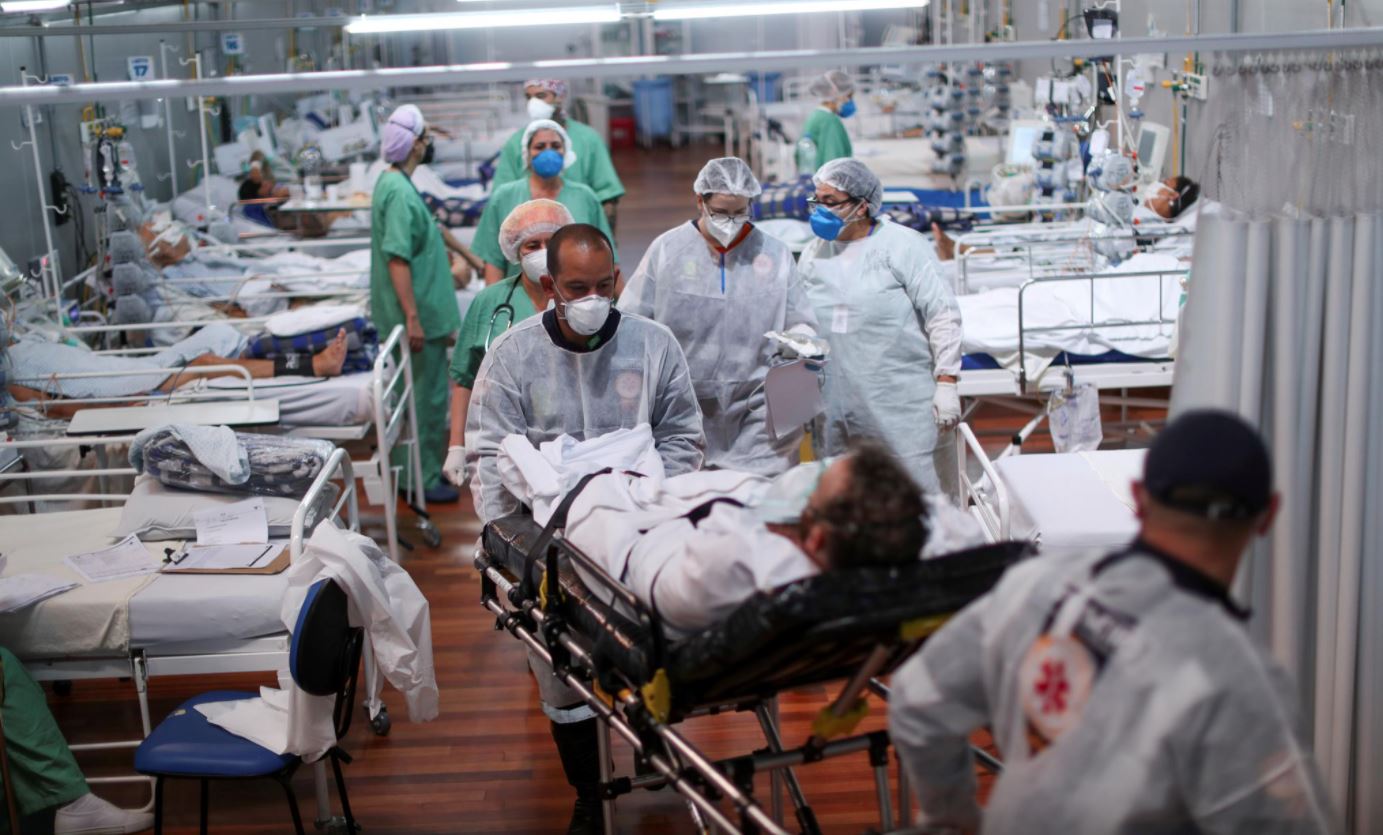 A patient suffering from the coronavirus disease (Covid-19) is transported at a field hospital set up at Dell'Antonia sports gym in Santo Andre, on the outskirts of Sao Paulo, Brazil April 7, 2021. (Image credit: Reuters)

RIO DE JANEIRO: Brazil added an additional 1,480 people to its Covid-19 death toll on Monday, as a looming investigation of how the government has handled the world’s second-deadliest coronavirus outbreak puts increased pressure on right-wing President Jair Bolsonaro.

A brutal new wave of Covid-19 in recent weeks has pushed the official toll since the pandemic began to more than 13.5 million cases and over 354,000 deaths, according to Health Ministry figures released on Monday.

The Senate is preparing to install a special committee to investigate how Bolsonaro’s government has dealt with the pandemic. Going against the medical consensus around Covid, Bolsonaro has downplayed the severity of the virus, opposed lockdowns and only recently embraced vaccines as a solution.

Last week, a Supreme Court justice cleared the way for the Senate inquiry, which the Senate president had sought to delay despite it having garnered support from the necessary number of senators.

The Supreme Court is expected to uphold the ruling when the full court hears the case later this week, a source familiar with the matter told Reuters on Monday, although it may grant the chamber leeway to decide when to install the committee.