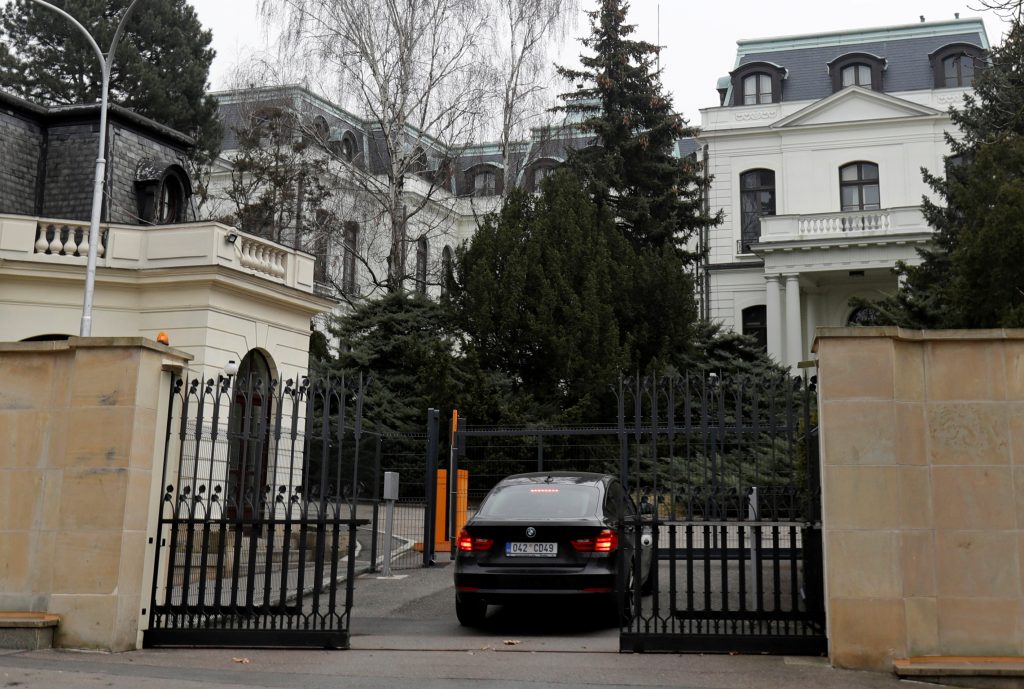 PRAGUE - The Czech Republic said on Sunday it had informed NATO and European Union allies about suspected Russian involvement in a 2014 ammunition depot explosion and the matter would be addressed at an EU foreign ministers' meeting on Monday.

The central European country expelled 18 Russian embassy staff on Saturday over the issue and said investigations had linked Russian intelligence to the explosion, which killed two people.

The expulsions and allegations come at a time of heightened Russian-Western tensions and have triggered the biggest dispute between the Czechs and Russia since the 1989 end of Communist rule, when Prague was under Moscow's domination for decades.

On Sunday, the EU's executive commission confirmed remarks by acting Czech Foreign Minister Jan Hamacek on Twitter that the dispute would be addressed during a previously schedule EU foreign ministers' video conference on Monday.

Separately, Czech police said they were searching for two men in connection with serious criminal activity who were carrying Russian passports in the names of Alexander Petrov and Ruslan Boshirov, and that the men were in the country in the days leading up to the 2014 explosion.

Those were the aliases used by two Russian military intelligence (GRU) officers who British prosecutors charged with the attempted poisoning of former Russian spy Sergei Skripal and his daughter Yulia with the nerve agent Novichok in the English city of Salisbury in 2018. Moscow denied involvement in that incident.

The United States and Britain said they stood in full solidarity with the Czech Republic in the dispute with Russia.

A statement by the U.S. Embassy in Prague said on Saturday Washington "stands with its steadfast ally, the Czech Republic. We appreciate their significant action to impose costs on Russia for its dangerous actions on Czech soil".

British Foreign Secretary Dominic Raab said on Twitter: "The UK stands in full support of our Czech allies, who have exposed the lengths that the GRU will go to in their attempts to conduct dangerous and malign operations – and highlights a disturbing pattern of behaviour following the attack in Salisbury."

The Kremlin’s relations with many NATO members, most of whom are in the EU, as well as the United States are more strained that at any time since the Cold War.

The West has voiced alarm over a large Russian military build-up on Russia's Western borders and in Crimea, which Moscow annexed from Ukraine in 2014, following a spike in fighting in eastern Ukraine between Russian-backed separatists and government forces.

Last month U.S. President Joe Biden said he thought his Russian counterpart Vladimir Putin was a "killer" and Moscow recalled its ambassador to Washington for consultations.