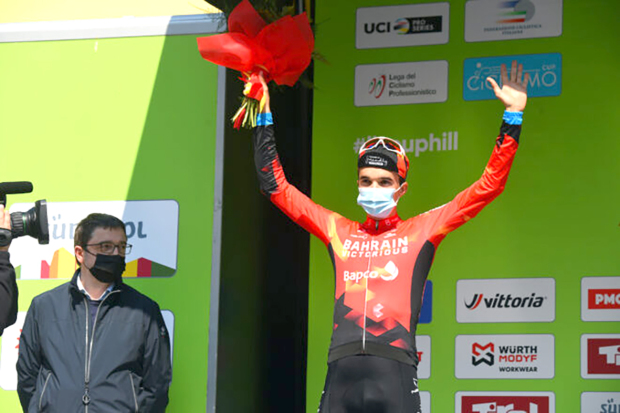 Bilbao celebrates on the podium.

ROME: Bahrain Victorious’ Pello Bilbao secured second place in the general classification as the Tour of the Alps concluded in Riva del Garda.

Yates crossed the line in a much-reduced peloton to retain his 58-second advantage over Spaniard Bilbao, who had earlier produced a descending masterclass to win Stage 4.

Once again, it was up to Hermann Pernsteiner to join the day’s breakaway, from which Grossschartner (Bora Hansgrohe) jumped clear on the final circuit’s climb to take a solo win in Riva del Garda, ahead of Roche (Team DSM) and De Marchi (Israel Start-up Nation), both survivors of the breakaway. 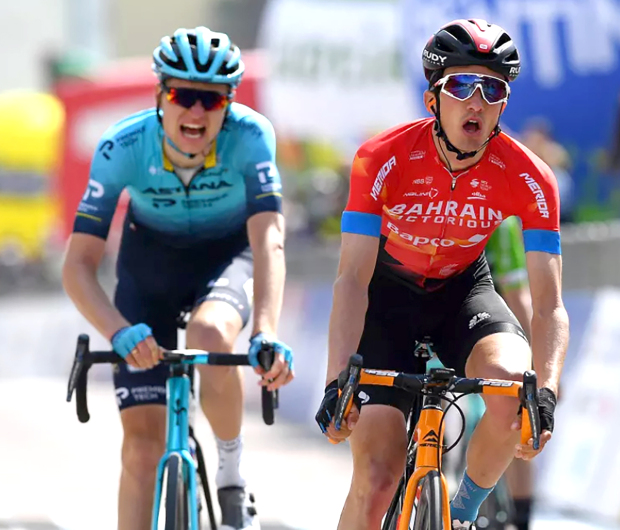 The Spaniard wins Stage 4 ahead of Aleksander Vlasov

The group with the GC riders, including Bilbao, came 40 seconds behind. Mark Padun was also part of that group, taking a top 10 result (9th) at the finish line.

“We can all be proud and happy with the final result. We achieved our goals that were one stage victory and the GC podium,” Bilbao said.

“Today was just the day to defend it in this tricky and risky final. We wanted to try to be in the breakaway and fight for the stage. But it was difficult today. Anyway, Pernsteiner was super once more in the breakaway.

“I can only praise each one of my teammates. It’s been a pleasure to race with them and for them, and everything has been really nice here. A great experience, and now we’re ready for the Giro”.

Team Bahrain Victorious sports director Franco Pellizotti said: “All in all, it was a good Tour of the Alps. We took a stage win, the second place overall, and today the ninth place with Padun, who just lost some positions in the tricky final part. I’m very happy with our results.”