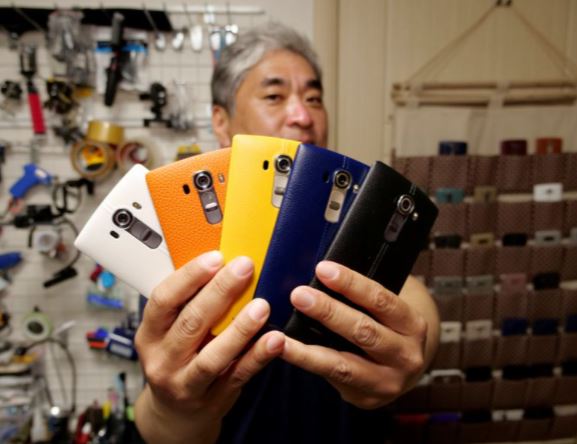 South Korean Ryu Hyun-soo describes himself as an “LG phone maniac” and says he won’t give up his LG smartphones even though the company that makes them is getting out of the business.

LG Electronics Inc said this month it would wind down its smartphone division by the end of July because of a prolonged sales slump.

Ryu, 53, who has collected nearly 90 devices over 23 years, said he started using LG phones because he liked their design and creative functions, but the audio quality made him fall in love with them.

"I went all-in on the LG phones due to the audio," he said.

At his house in Anyang, south of Seoul, Ryu has a room dedicated to the devices and the parts and tools to fix them.

LG, which had been making mobile phones for about a quarter of a century, ultimately fell behind rivals Apple Inc and Samsung Electronics Co Ltd, in part due to lacklustre marketing and slow software updates.

Its smartphone division logged nearly six years of losses, totalling roughly $4.5 billion by the end of 2020.

"I think they were rushing to catch up (with Samsung), sacrificing the quality ... (and) to cover up the issue, the company was focusing too much on the design and other functions," he said, and that led to repeat problems.

He was confident with his plan to use the LG phones "forever" as he could buy parts online.

"It is easy to replace parts if you practise a little. I'm not sure when the parts will be out of stock, but I'll continue to use the LG phones as long as the parts are still being supplied," he said.

Still, he was nostalgic about the shutdown of the business.