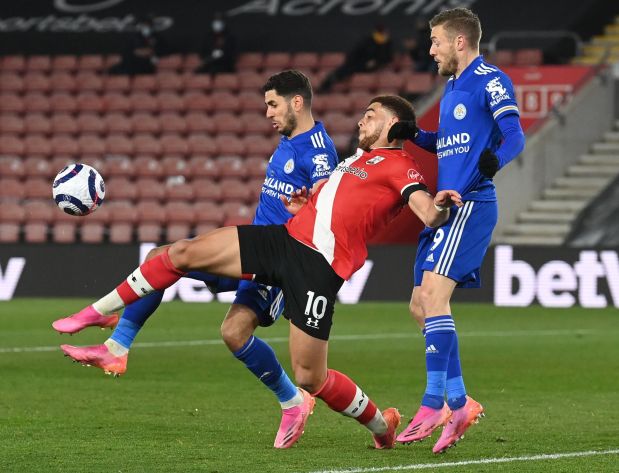 London: Third-placed Leicester City suffered a frustrating night on the south coast as they were held to a 1-1 draw in the Premier League by a Southampton side who played almost the entire match with 10 men on Friday.

In the end, Leicester needed a 68th-minute Jonny Evans header to salvage a point after a gritty Southampton side had taken a surprise lead via a James Ward-Prowse penalty.

Southampton had begun the game in lively fashion but they suffered a blow after 10 minutes when Jannik Vestergaard was harshly shown a red card for a last-ditch tackle on Jamie Vardy.

The draw left Leicester with 63 points from 34 games, eight points above fifth-placed West Ham United who play on Monday.

Southampton moved up a place to 14th and with a 10-point gap between themselves and third-from-bottom Fulham they look to be safe from the prospect of relegation.