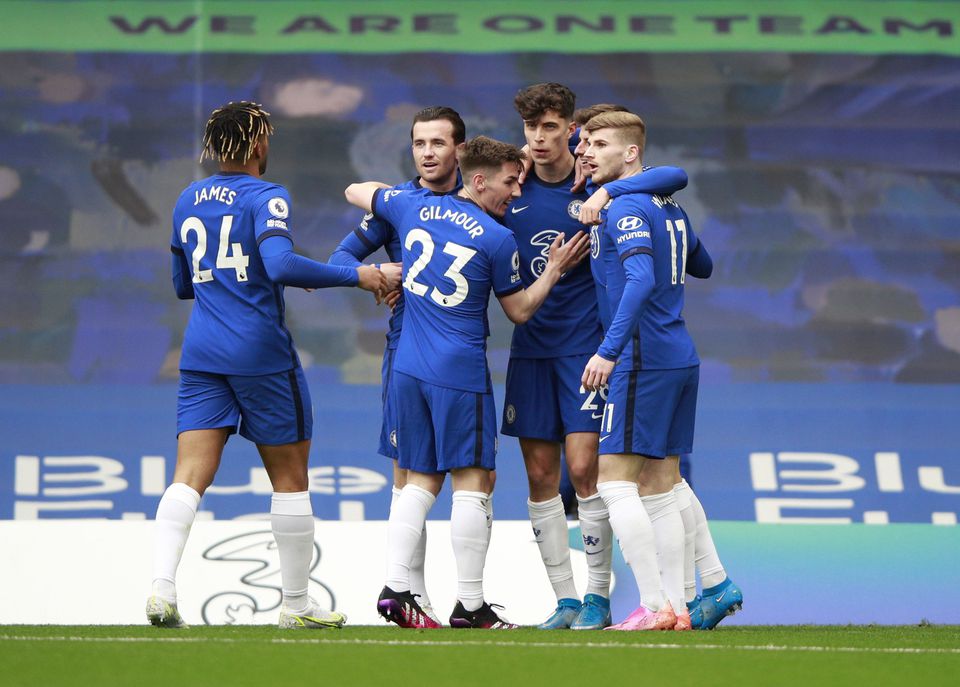 Fulham, third from bottom and nine points from the safety zone, started brightly, earning two corners before Chelsea’s Brazilian defender Thiago Silva hoofed a long ball into their territory in the 10th minute.

Mason Mount plucked it out of the air with superb control before pushing it into Havertz’s path and the German rounded former Chelsea defender Ola Aina to stroke it home.

Havertz doubled his tally in the 49th minute, after a slick move with Timo Werner who picked out his compatriot with a pinpoint final pass.

The result put Chelsea on 61 points from 34 games, six ahead of fifth-placed West Ham who play tomorrow.

Chelsea return to Stamford Bridge on Wednesday for the second leg of their Champions League semi-final against Real Madrid with the score at 1-1 after the first leg.

Elsewhere, goals from Pascal Gross and Danny Welbeck guided Brighton and Hove Albion to a 2-0 victory over Leeds United as Graham Potter’s side took a huge step towards securing their top-flight status. With four games remaining, Brighton have provisionally moved up to 14th in the league table on 37 points, 10 clear of the relegation zone. Leeds are ninth on 47.