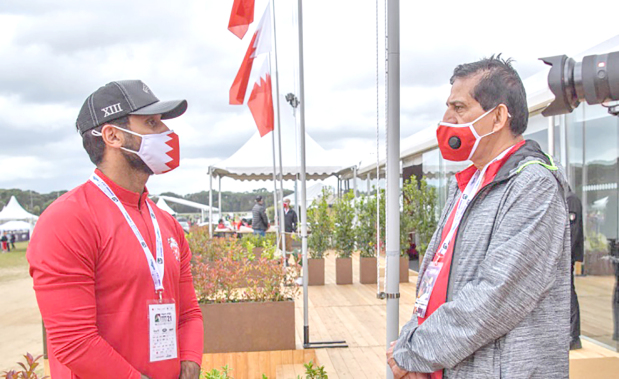 Shaikh Nasser during the presentation ceremony

Spain won the teams’ category, while Brazil and France finished second and third respectively. A ceremony was held yesterday morning at the endurance village to crown the winners.

It was a bittersweet event for Manal Fakhrawi who was on the verge of reaching the sixth and final stage of the race as her horse failed the medical test.

“I was close to the last stage had the horse not been injured before. I think that the competition was very tough,” she said, praising Shaikh Nasser for his support and leadership which had a positive impact on the team.