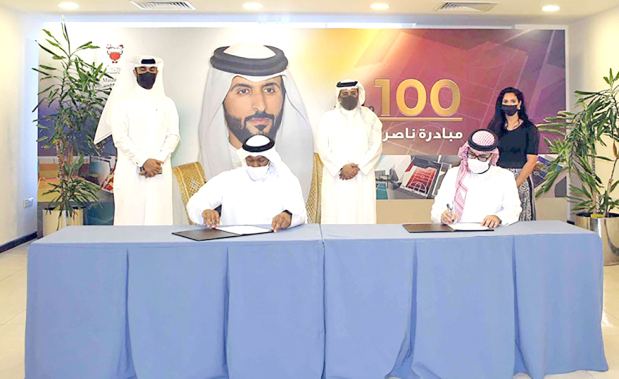 Officials during the signing ceremony

The Youth and Sports Affairs Ministry has signed an agreement with the Bahrain Fitness Academy (BFA).

Mr Almoayed said Shaikh Nasser’s neighbourhoods’ playgrounds initiative is advanced, both at the local and regional levels, given its noble goals aimed at boosting the youth and sports movement in the kingdom, as it paves the way for discovering talented youth.

He also praised BFA’s joining the list of the initiative’s sponsors, noting that the move confirms the academy’s keenness to achieve community partnership in enhancing the capabilities of Bahraini youth.

The BFA chairman highlighted its keenness to support Shaikh Nasser’s initiatives and directives, expressing BFA’s pride in taking part in initiatives aimed at developing the youth and sports sector.