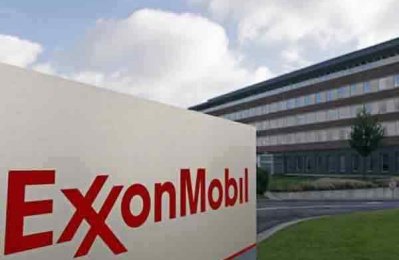 ExxonMobil ... into quantum computing
The prevailing industry downturn from Covid-19 has heightened the need for oil and gas companies to reduce operational costs by improving efficiency.
Although classical computers are capable enough in delivering efficiency gains, quantum computers and their optimisation algorithms could deliver these gains in a much shorter time, says GlobalData, a leading data and analytics company.
Quantum computers are machines that use the properties of quantum physics to store data and perform computations. Theoretically, these machines can complete a task in seconds that would take classical computers thousands of years. The company (or government) that owns the first at-scale quantum computer will be powerful indeed.
According to GlobalData’s latest report, ‘Quantum Computing in Oil & Gas’, full-fledged commercial computers are not expected to be ready for approximately another 20 years. However, intermediate versions would be available within the next five to seven years, offering a quantum advantage over classical computers in optimisation applications across several sectors, including space warfare, logistics, drug discovery, and options trading.
Ravindra Puranik, Oil & Gas Analyst at GlobalData, comments: “Oil majors ExxonMobil, Total, Shell, and BP, are among the few industry participants to venture into quantum computing. Although these companies intend to use the technology to solve diverse business problems, quantum chemistry is emerging as the common focus area of research in the initial phase. These majors are seeking to develop advanced materials for carbon capture technologies. This could potentially lower the operational costs of carbon capture and storage (CCS) projects, enabling companies to deploy them on a wider scale to curb operational emissions.”
Quantum computing is a very specialised field requiring niche expertise, which is not readily available with oil and gas companies. Hence, they are opting for collaborations with technology payers and research institutions who have expertise in this subject.
Puranik adds: “IBM is at the forefront in providing quantum computing tools to a host of industries, including oil and gas. The company has brought on board leading oil and gas and chemical companies, such as ExxonMobil, BP, Woodside, Mitsubishi Chemical, and JSR, to facilitate the advancement of quantum computing via cross-domain research. Besides IBM, oil and gas companies have also collaborated with other quantum computing experts, including D-Wave, Microsoft, and Atos.”-- TradeArabia News Service