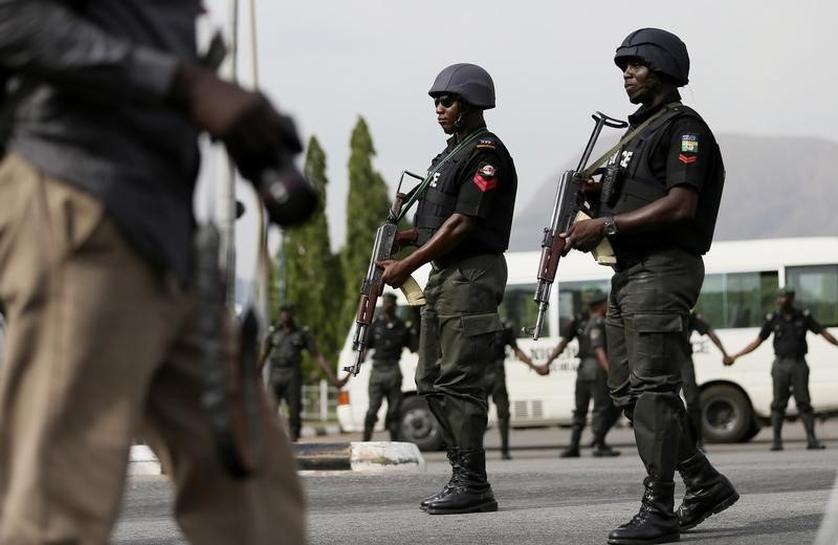 Police officers patrol near a journalist during a protest in Abuja May 22, 2014. (Reuters Photo)

MAIDUGURI - Militants killed at least 45 people in an attack on the town of Faru in northwest Nigeria, residents and a hospital worker said on Friday.

Such violence has increasingly become a part of everyday life in the region, with the Nigerian government and security forces showing little ability to stem the deterioration of law and order.

"The armed bandits stormed Faru town on more than 100 motorbikes, shooting sporadically on the people at about twelve noon yesterday," said Abubakar Iliyasu, a resident who witnessed the attack.

Another resident, Musa Dan Auta, also said the gunmen killed 45 people, while a local hospital worker who declined to be named for fear of official retaliation said corpses were brought in.

"Yesterday evening, security forces and the local militia vigilantes brought 29 dead bodies and 11 other injured people into the hospital," the worker said.

The rampant violence has sparked concerns that the region is fallow ground for extremist groups to move in and take advantage of the absence of governance to foment insurgency.