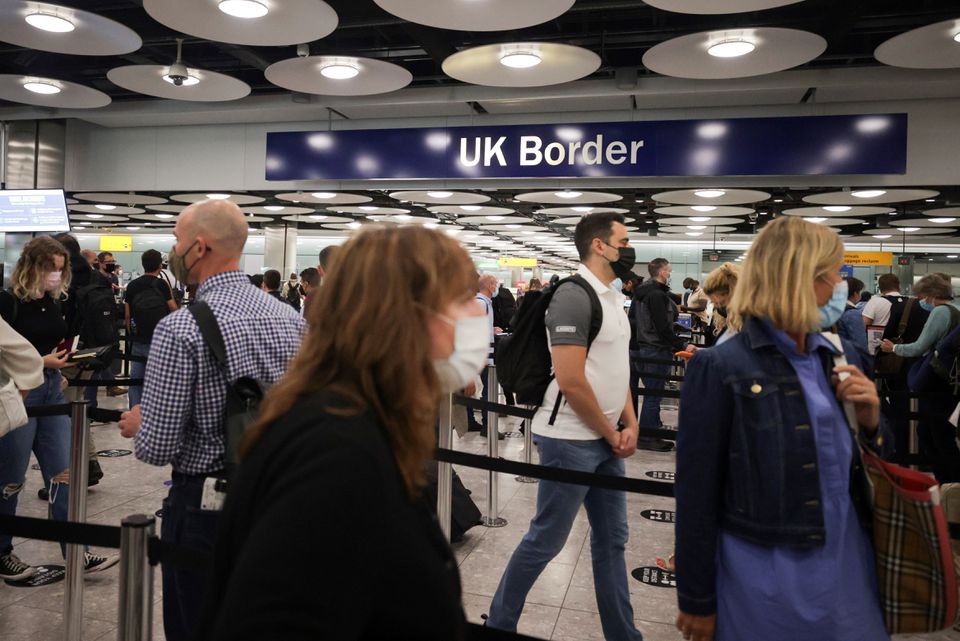 London's High Court on Tuesday ruled that Britain acted lawfully over its so-called traffic lights system for travellers entering Britain in a case brought by Manchester Airports Group (MAG), backed by a number of airlines.

While the court accepted part of the argument against the government, it did not find that the transport minister had acted unlawfully, and the government will not have to disclose more information on how it reaches decisions over its travel rules.

Airports and airlines have criticised the traffic light system of classifying countries based on their Covid-19 risk, arguing decisions are not based on data, and slamming last-minute changes which have hurt bookings.

EasyJet said earlier on Tuesday that Britain's travel recovery was lagging that in the European Union, blaming its travel rules.

In a joint statement, MAG and the airline chief executives called the latest rule changes for arrivals from France shambolic, and said if the system followed data more countries would be categorised as green for low-risk travel.

"British businesses and consumers deserve to understand how the Government takes decisions on the traffic light system so that they can book their travel with confidence," they said.

The government welcomed the court's decision.

"Our traffic light system continues to cautiously manage the risk of new variants as we balance the timely reopening of international travel while safeguarding public health and protecting the vaccine roll-out," a government spokesman said.