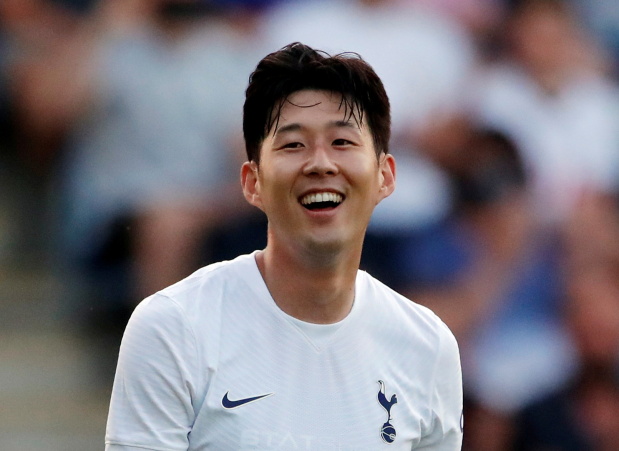 Tottenham Hotspur forward Son Heung-min has signed a new four-year deal that will keep him at the club until 2025, the Premier League team said on Friday.

South Korea captain Son has bagged 107 goals and 64 assists in 280 appearances in all competitions for Tottenham since joining the north London club in 2015 from Bundesliga side Bayer Leverkusen.

The 29-year-old has formed a lethal partnership with England striker Harry Kane, with the pair scoring a combined 40 goals out of the team's total of 68 in the Premier League last season as they finished seventh.

"It was already a big honour to play here for six years, the club have showed me massive, massive respect and obviously I’m very happy to be here," Son said in a club statement.

"It's like home, especially with the fans, the players, the staff. There was no decision. It was easy. I'm so happy to be here and will be so glad to see the fans again soon."