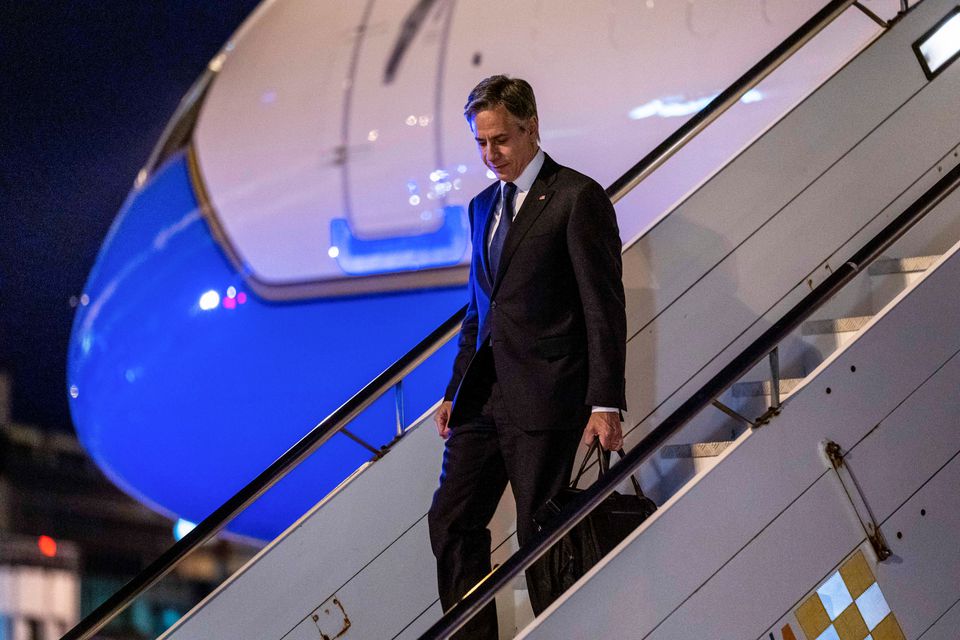 US Secretary of State Antony Blinken will travel next week to India, a key partner in U.S. efforts to counter China and in vaccine diplomacy that is currently hobbled by its own Covid-19 crisis.

It will be Blinken's first visit to the world's largest democracy as President Joe Biden's secretary of state and he will meet on Wednesday with Prime Minister Narendra Modi and Foreign Minister Subrahmanyam Jaishankar.

Blinken will also visit Kuwait at the end of his July 26-29 trip.

Washington sees India as an important partner in efforts to stand up to China's increasingly assertive behaviour in Asia and beyond. Blinken's trip will follow a visit by Deputy Secretary of State Wendy Sherman to China and coincide with one to Southeast Asia by Defense Secretary Lloyd Austin.

On Blinken's agenda will be "Indo-Pacific engagement, shared regional security interests, shared democratic values, and addressing the climate crisis" as well as the response to the coronavirus pandemic, the State Department said.

Blinken is also likely to discuss plans for an in-person summit of the so-called Quad - Indian, Japan, Australia and the United States - a grouping seen as a counter to

China's rising influence. The meeting - which diplomats and others say could coincide with the late-September U.N. General Assembly, Covid-19 travel permitting - is expected to focus on ways to develop regional infrastructure in the face of China's massive Belt and Road Initiative.

The United States hosted a virtual Quad summit in March at which the countries agreed Indian drugmaker Biological E Ltd would produce at least a billion coronavirus vaccine doses by the end of 2022, mainly for Southeast Asian and Pacific countries, which have seen Covid-19 surges and where Washington has been competing in vaccine diplomacy with China.

However, India, the world's largest vaccine producer, was subsequently hit by a catastrophic wave of Covid-19 infections and halted vaccine exports.

Washington sent raw materials for vaccines, medical equipment and protective gear to India after the spike and India expects to receive 3-4 million doses of U.S.-made vaccines by August.

"(India) is such a critical country in the fight against Covid-19," Blinken told MSNBC on Friday, adding that it would eventually become a vital source of vaccines to the world.

"They’re focused understandably on their own internal challenges now, but when that production engine gets fully going and can distribute again to the rest of the world, that’s going to make a big difference."

Rick Rossow, an India expert at Washington's Center for Strategic and International Studies, said he expected Afghanistan's future after the U.S. troop pullout and Indian concerns about that to be on the agenda in New Delhi.

"Vaccine cooperation has proven much trickier than diplomats would like," he added. "The U.S. and India have both found the political need to prioritise domestic availability of vaccines over any international agreement. But today the U.S. has a glut of doses; India needs doses; and other nations across the region hope to tap into this channel."