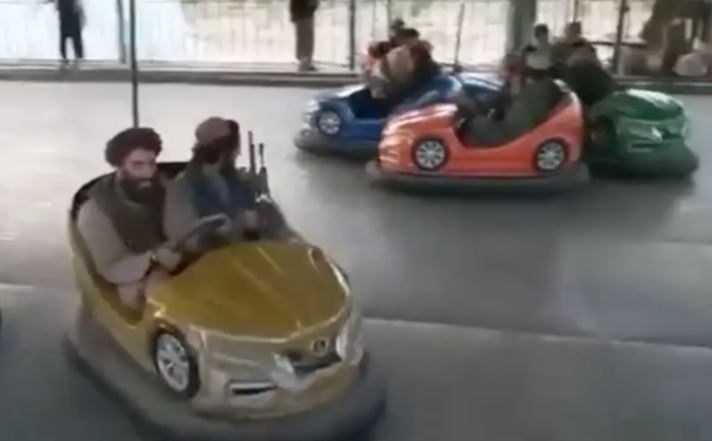 A video showing Taliban soldiers driving bumper cars while brandishing their guns has taken over the internet even as thousands tried to escape their takeover in Afghanistan by making their way to Kabul's airport.

The video appears to show the soldiers enjoying themselves at an amusement park while another shows them riding on a merry-go-round.

Update: the Taliban has now taken over the bumper cars. pic.twitter.com/lbYTFEY3le

More videos circulating online show them bouncing on a trampoline and trying out the presidential palace gym.

Trying to be “fit for governing”
Taliban in Afghanistan working out in the presidential palace’s gym. pic.twitter.com/s441sb6e35

The extremist group, which ruled Afghanistan from 1996 to 2001, was removed from power by US-led forces following the September 11 attacks.

After over two decades of fighting, US troops recently withdrew from the country, creating space for the forces to return and take over.