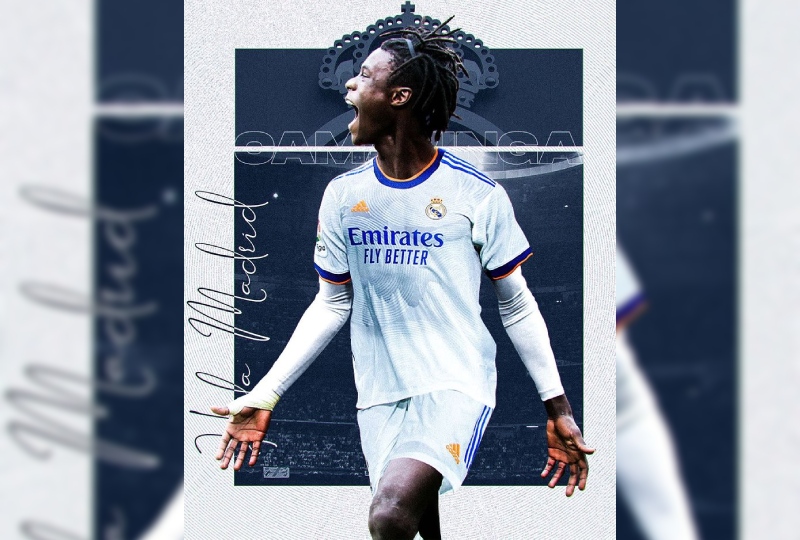 MADRID: Real Madrid have brought in midfielder Eduardo Camavinga on a six-year contract from French side Stade Rennes, the club announced on Tuesday.

Local media reported that the fee for the 18-year-old France international was about 30 million euros .

"Real Madrid C. F. and Stade Rennais F. C. have reached an agreement over the transfer of Eduardo Camavinga, who joins the club on a six-year deal, until 30 June 2027," the LaLiga club said in a statement https://www.realmadrid.com/en/news/2021/08/31/official-announcement-camavinga.

Born in a refugee camp in Angola to Congolese parents, Camavinga's family emigrated to France. He came through the ranks of local club Stade Rennes -- making his first team debut in Ligue 1 aged 16 years, four months and 27 days.

In 2020 Camavinga became the youngest player to represent France since 1917 at 17 years, nine months and 29 days old.

He has been registered by Real as a member of their B-team, Castilla, as LaLiga rules allow given his age - a move they previously made with Vinicius Junior, Rodrygo and Reinier.

This has allowed the club to register fellow midfielder Dani Ceballos - who was not involved in their opening three fixtures and had no squad number - as part of the first team roster.