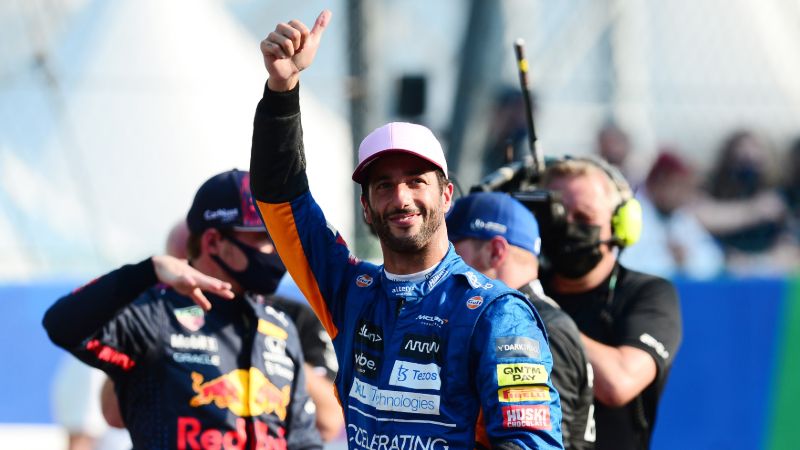 McLaren's Daniel Ricciardo celebrates winning third position in the sprint qualifying. (Reuters Photo)
Australian Daniel Ricciardo won the Italian Grand Prix in a stunning McLaren one-two with Lando Norris at Monza on Sunday while Formula One title rivals Max Verstappen and Lewis Hamilton took each other out of the race.
The victory was McLaren's first since 2012 and Ricciardo's first since he was at Red Bull in 2018. The Australian, now an eight times grand prix winner, started on the front row and seized the lead from Verstappen at the start.
Valtteri Bottas was third for Mercedes.