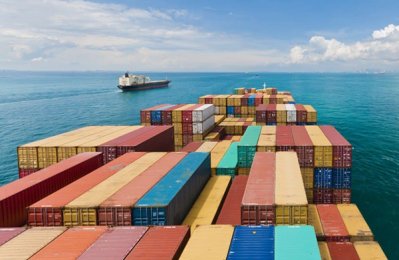 The value of the UAE’s non-oil foreign trade surged to AED1.403 trillion ($382 billion) in 2020, reflecting the robust business momentum of the country’s trade exchanges despite the pandemic's fallout, a report said.

The UAE commands a coveted position globally and regionally in merchandise trade, with its non-oil exports growing 10.1 percent in 2020 to AED254.6 billion as compared to 2019, reported Emirates News Agency WAM, citing data released by the Federal Center for Competitiveness and Statistics (FCSA).

The imports hit AED785.1 billion, accounting for 56 percent of total merchandise trade, with re-exports comprising 26 percent, or AED363.4 billion, of the total trade volume in the reference year.

China retained its top rank as the main trading partner of the UAE, with the bilateral trade value reaching AED174 billion, followed by Saudi Arabia at AED104 billion, with India in the third place at AED102.5 billion.

The US was the fourth largest trade partner at AED80.2 billion and then Iraq at AED53 billion. The five countries account for 36.6 percent of the UAE's non-oil foreign trade, as compared to 44.1 percent in 2019, thus corroborating the improved competitiveness status boasted by the UAE in terms of diversifying into multiple markets.

China is the UAE's top import partner, with a total value of AED144.4 of non-oil commodities, followed by the US, AED60.5 billion, India, AED60.5 billion, Japan, AED34.7 billion and Germany, AED26.7 billion. The five countries account for 41.6 percent of the UAE's imports.