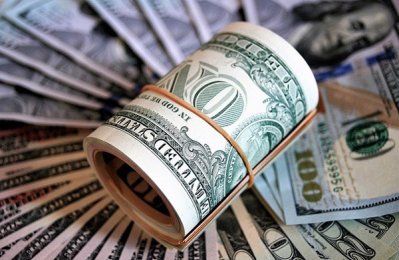 The Mena region saw four IPOs raise total proceeds of $425.8 million during the first half (H1) of 2021, a 48% drop in proceeds when compared with the same period in 2020, said professional services firm EY in a new report.

The number of listings stayed the same year-on-year, according to the EY Mena IPO Eye Q2 2021 report

The year 2021 began with a slow start after an uptick of issuances in Q4 2020.Following the three IPOs listed in Q1 2021, the second quarter of 2021 saw only one Mena IPO issued, Taaleem Management Services, which was listed on the EGX and raised $131.0 million in proceeds. The issuance was a slight improvement from Q2 of 2020, when there were no public offerings, as the Covid-19 pandemic affected the global economy and created uncertainty for businesses.

Globally, traditional IPO performance has remained strong after riding a wave of momentum from Q1 2021, with 597 IPOs raising total proceeds of $111.6 billion. This was 206% and 166% higher than Q2 2020 in deal numbers and proceeds respectively and was the most active second quarter by deal numbers and proceeds in the last 20 years. The previous record was set in Q2 2007, when 522 IPOs raised $87.6 billion.

Matthew Benson, EY Mena Strategy and Transactions Leader, said: “The Mena region’s IPO market did not witness a pick-up in activity during Q2, with only one IPO occurring on the EGX, while direct listings continued their momentum with six listings across several Mena countries. Compared to H1 2020, though the number of IPOs remained at four offerings during H1 2021, total proceeds raised, decreased by 48%.

“Preparations are ongoing for several key transactions expected to occur during the second half of this year, in particular with the UAE and Saudi Arabia demonstrating a strong pipeline of IPO candidates. Our outlook on the region’s IPO activity remains positive, taking into account the continued improvement in economic conditions and stability in the region, coupled with the strong performance of oil prices we have seen thus far in 2021.”

UAE: Potential IPOs at the ADX

In the UAE, the Abu Dhabi Securities Exchange (ADX) is currently gearing up for several rumoured IPOs. The Abu Dhabi National Oil Company (Adnoc) and OCI are considering the listing of their joint venture, Fertiglobe. Adnoc, for its part, has also announced the sale of a minority stake in its drilling unit in an IPO valued at $10 billion.

Mubadala Investment Company-owned satellite operator Al Yah Satellite Communications completed its IPO on the ADX in Q3 2021 and raised $731 million. In Dubai, the Capital Markets witnessed another setback when the anticipated IPO of Tristar Transport, a logistics company, was cancelled after it had started its public share sale in early April. The company was planning to offer 24% of its shares on the DFM at an implied valuation of up to $882 million.

Notably, the report shows a surge of special purpose acquisition companies (SPAC) activity from Mena-based companies exploring alternative routes to a public listing. Mena companies have traditionally found it difficult to access US markets through the official IPO route, but SPACs have eased the accessibility and deepened the capital raising pool for these companies.

The report finds that the UAE has been at the forefront of the increase in SPAC activities across the region. Earlier this year, Anghami, a leading Mena music streaming platform with Lebanese roots and headquarters in Abu Dhabi, announced its intention to go public on Nasdaq by merging with Vistas Media Acquisition Company’s (VMAC) SPAC, at a valuation of $220 million.

The latest SPAC announcement for Mena has minted the region’s third Unicorn, as Swvl Inc. a Dubai–based provider of transformative mass transit and shared mobility solutions, announced its plans to go public through a merger with Queen's Gambit Growth Capital (GMBT) SPAC, at a valuation of $1.5 billion.

Trading of Swvl on Nasdaq is expected to start once the transaction is completed in Q4 2021. This will make Swvl the second Mena technology start–up to go public via a SPAC route listing, following the landmark transaction of Anghami that paved the way and illustrated the global ambitions of Mena–based companies.

Elsewhere, sovereign wealth funds in the region, such as Saudi Arabia’s Public Investment Fund (PIF) and Abu Dhabi’s Mubadala, have also participated in notable SPAC transactions on the US markets.

Examples of such transactions this year are PIF’s investment into Compute Health which is listed on the NYSE and the Blue Whale Acquisition Corp I which was formed by Mubadala Capital and targets media and entertainment businesses. While the unprecedented rise of the SPAC market is transforming and reshaping capital markets, only time will show how the appetite for SPAC evolves.

Gregory Hughes, EY Mena IPO and Transaction Diligence Leader, said: “IPO activity during H1 2021 was below expectations, nevertheless the year did bring some remarkable deals with Mena companies showing an ever-increasing interest in SPAC transactions as a means to go public.”

“We expect this trend to continue as companies seek to increase their international presence and gain access to a wider pool of investors. Positive equity market performances across the Mena region offer a favourable backdrop for IPO candidates looking to list their shares and the IPO outlook is favourable for Mena companies who now have a variety of options when it comes to the routes available to them to access the capital markets,” Hughes concluded. – TradeArabia News Service