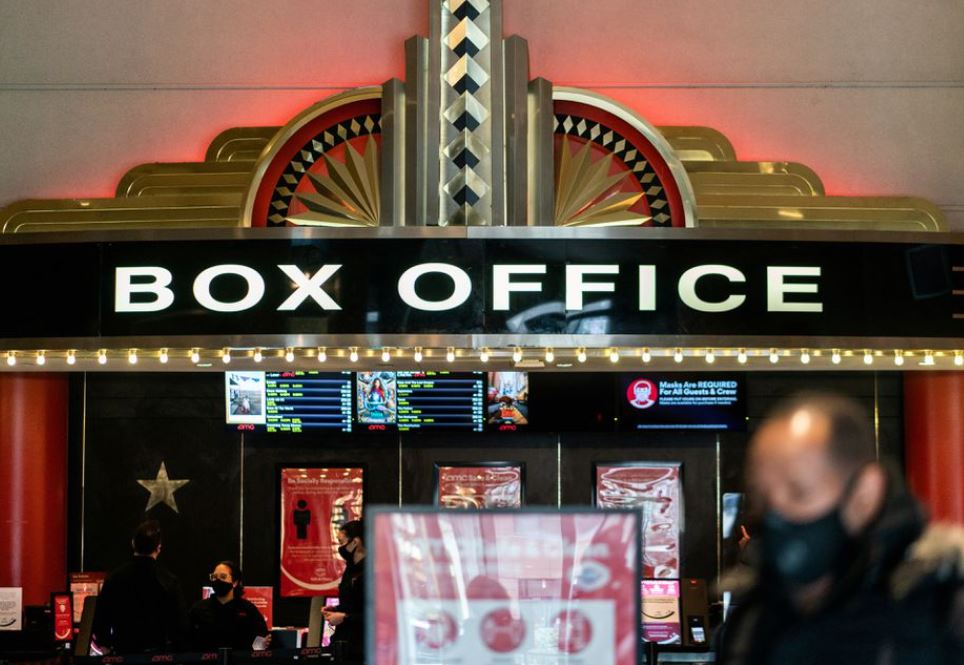 A guest purchases a ticket in front of a box office at AMC movie theatre in Lincoln Square, amid the coronavirus disease pandemic, in the Manhattan borough of New York City, New York, US, March 6, 2021. (Image credit: Reuters)

Disney is ruling the domestic box office this weekend.

In its third weekend of release, Marvel and Disney's "Shang-Chi" is set to remain in the number one spot with an estimated gross of $20 million to $22 million.

That would bring its domestic total earnings to a sizable $175 million to $177 million.

On Friday, the Simu Liu-led superhero adventure brought in $5.8 million from 4,070 theaters. It won't be long until "Shang-Chi's" gross beats that of fellow Marvel film "Black Widow," which has collected $183 million so far.

Meanwhile, box office hit "Free Guy" - produced by 20th Century Studios and distributed by Disney - is expected to climb back to the number two spot in its sixth week of release.

Despite new releases, "Free Guy" has held its own on the box office charts since its debut, hanging on to the number one spot for two weekends and staying in the top five ever since.

Starring Ryan Reynolds, the sci-fi comedy brought in $1.3 million on Friday from 3,288 theatres.

"Free Guy" is estimated to add another $4.9 million over the weekend, bringing its tally to $108.3 million.

Warner Bros' "Cry Macho," Clint Eastwood's newest film, is expected to debut in the third spot, taking in $1.59 million from 3,967 theatres on Friday.

Over the weekend, the neo-Western drama - which also debuted simultaneously on HBO Max - should earn $4.5 million at the box office.

Universal's slasher film "Candyman" should come in at number four with an estimated three-day gross of $3.47 million, taking its earnings to $53 million in its fourth week.

James Wan's latest horror film, "Malignant," is poised to round out the top five this weekend.

"Malignant," the third act of which has shocked audiences, is also available to watch on HBO Max.

It's set to earn $2.5 million this weekend for an overall gross of $9.6 million.