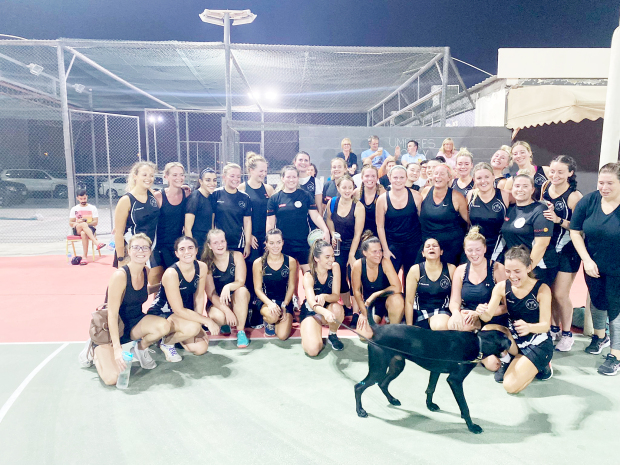 Rugby Fire thrashed the BMMI British Bullseyes 73-3 as the Bahrain Netball League is back in the swing of things after suspending the 2019-20 season early due to the outbreak of Covid-19.

In another exciting game, the British Club youth team – BMMI British Bullpups – claimed their first win of the season against Dilmun Club’s newly formed social development team, the Dilmun Springs with a score of 13-8.

In the only club derby of Tuesday’s seven games, Topshots Shooters narrowly beat out Topshots Slingers 18-14 with Chloe Venn receiving Umpire’s Choice for Player of the Match for the Slingers, and Lorna Drennan grabbing the award for the Shooters.

The league’s second round of matches were hosted at the Bahrain Rugby Football Club. With 15 teams registered for the 2021-22 season, over 150 women aged 14 to 65 have dusted off their kits and returned to the netball courts.

The next set of matches will take place on October 26, with Dilmun Club hosting four matches, and British Club hosting the remaining three.