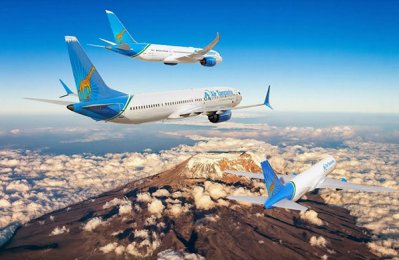 Air Tanzania has announced an order valued at more than $726 million at list prices for four Being aircraft, including a 787-8 Dreamliner, a 767-300 Freighter and two 737 MAX jets at the 2021 Dubai Airshow.

The airplanes will be operated by Air Tanzania, the national flag-carrier of Tanzania, to expand service from the country to new markets across Africa, Asia and Europe.

“Our flagship 787 Dreamliner is popular with our passengers, providing unrivalled in-flight comfort and ultra-efficiency for our long-haul growth,” said Air Tanzania CEO Ladislaus Matindi.”Adding to our 787 fleet, the introduction of the 737 MAX and 767 Freighter will give Air Tanzania exceptional capability and flexibility to meet passenger and cargo demand within Africa and beyond.”

Based in Dar es Salaam, the carrier will expand its current fleet of 787s, leveraging the new 737s for its regional network and the 767 Freighter to capitalize on Africa’s burgeoning cargo demand.

“We are honoured that Air Tanzania has chosen Boeing for its fleet modernization program by adding an additional787andintroducingthe 737 MAX and the 767 Freighter into its expanding network.”

Boeing’s 2021 Commercial Market Outlook forecasts that, by 2040, Africa’s airlines will require 1,030 new airplanes valued at$160 billion and aftermarket services such as manufacturing and repair worth $235 billion, supporting growth in air travel and economies across the continent.

Boeing’s heritage in Africa began more than 75 years ago, with more than 60 airline customers operating as many as 500 Boeing airplanes. Boeing has an office in Johannesburg, South Africa, in addition to field service representatives supporting commercial customers across the continent. – TradeArabia News Service