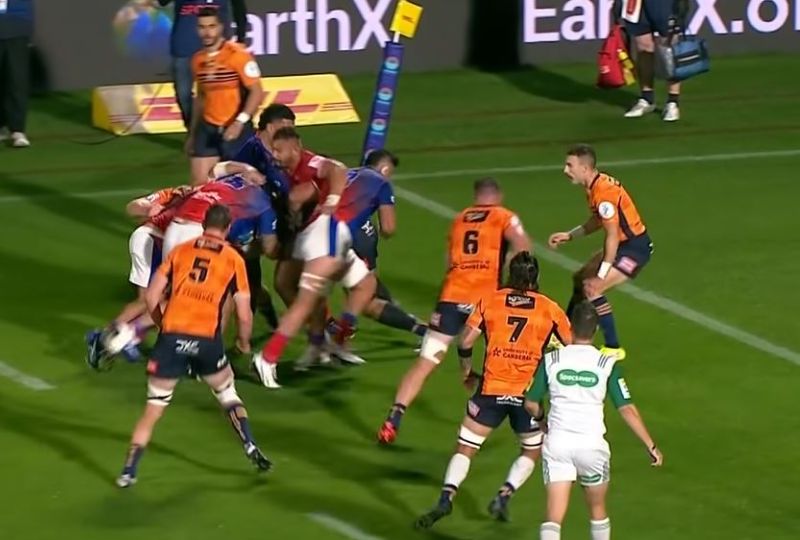 Brumbies and Moana Pasifika in action

MELBOURNE - ACT Brumbies fullback Tom Banks has demanded the team's forwards lift their game for the Super Rugby quarter-final against the Wellington Hurricanes after being outmuscled by Moana Pasifika over the weekend.

The Brumbies' 32-22 upset away to the bottom-placed expansion side, their third defeat in succession, cost them third place and a match-up against the lower-ranked New South Wales Waratahs.

Banks said the Brumbies had reviewed the loss "hard" and taken a good look at themselves after coming off second best at the breakdown against a team that had only a four-day turnaround between matches.

"There were some big ball-carriers and unfortunately they just got over us physically," the Wallabies back told reporters in Canberra on Tuesday.

"(The Hurricanes) have got strike power everywhere so it's about trying to nullify those and again, play to our strengths.

"So the forwards have got to be up for a big one this weekend."

Having won nine out of their first 10 games, the Brumbies have hit a brick wall over the past month, beaten twice at home by New Zealand sides.

Prop Scott Sio said it was not ideal form heading into Saturday's knockout at Canberra Stadium.

"Winning builds confidence at the end of the day and you want to be confident heading into the business end of the season," he told reporters.

"So, less than ideal in terms of results in the last few weeks, but the growth of this team is making sure that we take our learnings from each of those and keep building and keep getting better each day."