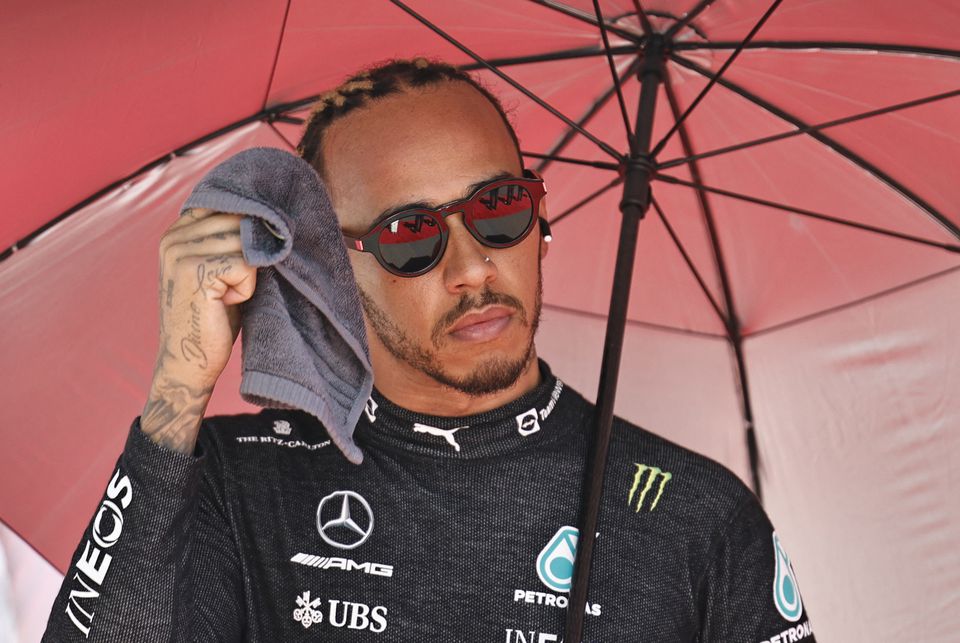 Seven-times Formula One world champion Lewis Hamilton assured fans yesterday that he would be racing in Canada this weekend despite suffering severe back pain in Sunday’s Azerbaijan Grand Prix.

The 37-year-old Briton’s Mercedes team boss Toto Wolff had fuelled concern after telling reporters there was a risk Hamilton might not be in a fit state to compete in Montreal.

Hamilton had spoken of gritting his teeth through the pain in Baku, with the car bouncing down the straights on bumpy asphalt, and called it the toughest race of his career even though he finished fourth.

He posted on Instagram, where he has 28.5 million followers, yesterday to say he felt better. “Yesterday was tough and had some troubles sleeping but have woke up feeling positive today,” he said. “Back is a little sore and bruised but nothing serious thankfully.

“I’ve had acupuncture and physio with ang (his physiotherapist Angela Cullen) and am on the way to my team to work with them on improving. We have to keep fighting.

“I’ll be there this weekend, wouldn’t miss it for the world.”

The Canadian Grand Prix, round nine of the championship, will be the country’s first since the Covid-19 pandemic forced the cancellation of the 2020 and 2021 races.