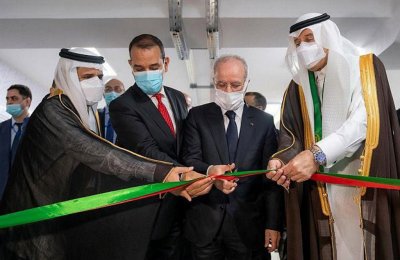 Saudi Arabia has inaugurated the Makkah Route Initiative, which aims to receive pilgrims and complete their procedures from their countries with ease, in Morocco at King Mohammed V Airport in Casablanca.

The inauguration of the initiative was attended by the Saudi Ambassador to Morocco, Abdullah bin Saad Al-Ghurairi; Director General of Passports Lieutenant-General Suleiman bin Abdulaziz Al-Yahya, who is also the Chairman of the Supervisory Committee of the initiative; the Moroccan Minister of Religious Endowments and Islamic Affairs Ahmed Toufiq and a number of officials from the two countries, reported Saudi Press Agency (SPA).

Morocco is the fifth and last station at which the Makkah Route Initiative was launched this year.,

The initiative starts with issuing the visa electronically, taking the fingerprints, and the completion of passport procedures at the airport of the country of departure after verifying the health requirements, in addition to baggage coding and sorting according to transportation and housing arrangements in Saudi Arabia.