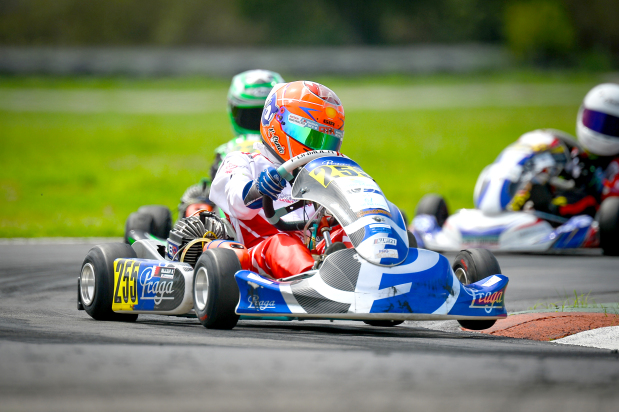 Khaled Alnajjar, one of Bahrain’s most promising young karting talents, has completed an intensive summer training programme in Italy that included invaluable racing experience against some of the world’s best up-and-coming karters.

Khaled is preparing for his upcoming campaign in the national racing season as well as for his participation in the Rotax MAX Challenge Grand Finals 2022, one of karting’s biggest global events taking place in November in Portimao, Portugal.

Khaled competed in the 2022 Italian ACI Karting Championship’s fourth round held at Circuito Internazionale Napoli in the town of Sarno, which attracted more than 260 karters from around the world.

He raced in the highly competitive 60 Mini class, which featured a packed grid of 30 drivers in each session.

Suited up for IPK Official Racing Team, the factory team of PRAGA Middle East, he showed promising performances with his limited practice compared to the rest of the field, and qualified for the meeting’s final.

“It was a great experience in Italy and I learned a lot during my time there,” said Khaled, who is the reigning champion of the Mini MAX category in the Bahrain Rotax Mojo MAX Championship (BRMC).

“I was very happy to visit the circuit of Napoli again and it was a challenge on the first day of racing as it was the first time I drove on the new layout. With limited practice, it meant that I needed to learn the track during the official sessions.

“I was very pleased to be able to reach the final day of racing and to have the opportunity to continue developing my racing skills amongst such a competitive field.

“The time I spent in Italy helped a lot in my preparations for the world finals in November.

“I would like to thank my team, PRAGA Middle East, for arranging this drive with the official factory team in Italy, as well as my sponsors and parents who made this happen.”

Khaled’s driver manager Khalid Alsaei added: “This race was part of Khaled’s preparations for the world finals. We opted to compete there as it hosts the highest level in the Mini class, which exposed Khaled to the most challenging racing conditions.

“Khaled performed as expected and we will continue his programme by exposing him to further high levels of racing prior to the world finals.

“I would like to thank the IPK Official Racing Team for their outstanding support and providing a very competitive kart.”

IPK Official Racing Team Manager Juri Serafini commented: “We are happy to have Khaled racing with us, and he showed a strong debut with the team.

“Khaled is a promising talent and has the right mindset to reach a very high level in this sport.”

Khaled is one of Bahrain’s most promising rising karters. He started his professional kart racing career at the age of seven as the youngest driver in Bahrain.

Supported by his parents, Khaled has been racing for four successful years. He has been crowned champion and vice-champion in the BRMC at Bahrain International Karting Circuit.

He has raced in world-class events in Italy, the UAE, Kuwait and Bahrain and aims to continue his development while regularly competing at the highest level of motorsport.