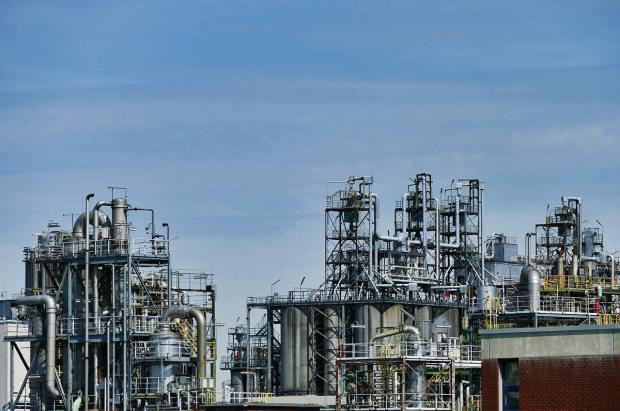 LONDON: Saudi Arabia and Russia, the de facto leaders of the Opec+ oil producer group, see $100 a barrel as a fair price that the global economy can absorb, sources familiar with government thinking in the two countries said.

The Organisation of the Petroleum Exporting Countries, Russia and other allies, known as Opec+, pumps more than 40 per cent of the 100 million barrels per day of global output. The group has a powerful influence on global fuel prices through its supply policy.

Top officials in both Saudi Arabia and Russia have said in recent weeks that the group’s policy focus is to ensure that global oil supply matches demand, not defend a certain price.

“Our focus is straightforward – looking at supplies and demand balances over a period of no less than a year and most often a year and a half,” a senior Opec+ source said.

“There are too many variables outside of human control, case in point Covid in 2020 and the financial crisis of 2008, so we need to be humble.”

One of the key measures of supply-demand balance, however, is price. When demand threatens to outstrip supply, prices rise, and vice versa. The statements of group members and whether they increase or reduce supply give a sense of what producers see as a reasonable return for their oil.

Recent signals suggest a preferred price level of around $90 to $100 a barrel for Brent crude, the government sources and analysts said.

That’s higher than the previously perceived level of around $75 that Opec+ watchers pegged as the price the group wanted to see.

Oil traded at $100-$120 for most of the second quarter which alarmed governments in many countries that were already dealing with runaway inflation.

The US has led countries in pushing Saudi Arabia and other producers to pump more to cool rising prices for over a year.

But top oil producers including Saudi Arabia have made public statements in recent weeks to support prices which had fallen towards $90 amid weakening outlooks for the global economy and demand.

Those statements culminated in Opec+ making a symbolic cut in its oil output target of 100,000 barrels per day (bpd), which many analysts interpreted as a signal the group would defend prices above $90.

The price corridor has risen with rising material costs and inflation, said a separate source briefed on Saudi government debates and another industry source, factors which mean producers need to generate higher revenue from oil to balance their budgets.

“An oil price at $120-130 is risky and Saudi will prevent that, but at $100 it won’t have a huge impact on the global economy – Saudi would be comfortable with that price,” one of the three sources said.

While most Opec+ producers rely on oil revenue and have different oil price requirements to balance their budgets, Saudi Arabia and Russia have no official price target. Saudi officials have not talked openly about a price target or a price aspiration for years.

“Over $100 is a windfall for the state,” said Karen Young, senior fellow at the Middle East Institute in Washington. “I think the comfortable level is anything above $80, but fiscal policy is flexible.”

Oil at $100 is also needed for companies around the world to maintain healthy investment levels to ensure supply keeps up with demand, said the source familiar with Saudi government thinking.

Even after falling to $90 per barrel, oil remains relatively expensive.

Brent only went back above $90 in February after trading below that level since 2014.

Russia has different motives. This year, Moscow has had to sell its crude at a discount to benchmark prices to buyers in Asia, because Europe and the US have banned or discouraged Russian oil imports in retaliation for the war in Ukraine.

Russia wants oil at not less than $100 to compensate for the discounts, sources thinking said. Deputy Prime Minister Alexander Novak rejected the idea that there was any price collusion.

Opec has made sporadic attempts to keep prices at a certain level in the past. In 2000, the group came up with a price band mechanism to keep oil between $22 and $28. When prices surged well above $28 a few years later, the band was suspended.

Saudi Arabia and Opec have also favoured oil at $100 at various times. Saudi Arabia first endorsed $100 oil in 2012 and in 2018 Saudi officials were saying in private meetings that $80 to $100 oil was desirable, sources said at the time.

Such high aspirations took a backseat after developments including the US shale oil boom and a resulting global oversupply and price collapse made them unrealistic, as did the price slide during the Covid pandemic.