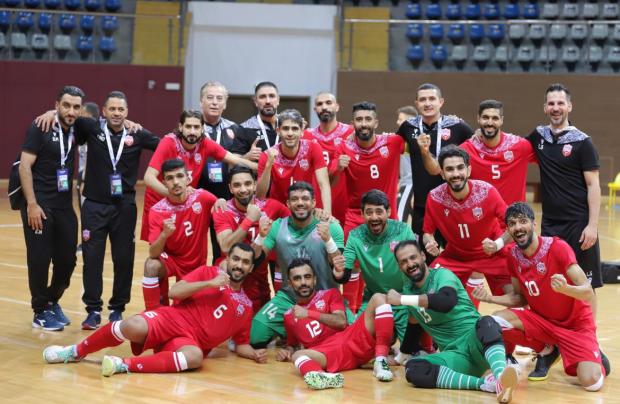 Bahrain’s national futsal team will play a friendly match against Japan tomorrow before jetting off to Kuwait, later in the day, where they are scheduled to take part in the 2022 AFC Futsal Asian Cup, which starts on September 27.

The 16-team tournament, held every two years, will run until October 8. Bahrain have been slotted in Group B, along with Tajikistan, Turkmenistan and Uzbekistan.

The game against Japan would give the players some much-needed match-practice, he added.

“The tournament is going to be tough,” Baba continued. “There are some very good teams in our group, so our first target is to qualify for the second round. If things go well, we hope to go on to the quarter-final. But, no matter what happens, we will give our best.”

This will be Bahrain’s third appearance in the competition following their debut in 2002, where they didn’t make it past the first round, and 2018, when they reached the quarter-finals. The 2020 edition could not be held because of the pandemic.

Bahrain’s first game is against Tajikistan on the opening day of the tournament. On September 29, they will face off against Turkmenistan before taking on Uzbekistan two days later.