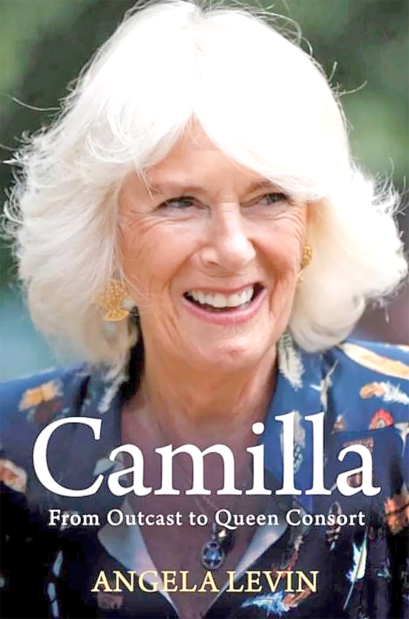 The cover of the book

Royal biographer Angela Levin first met the Queen Consort in 2015 and has since spent years speaking to her friends, staff and former colleagues to piece together a full picture of her life.

In an exclusive extract published by British newspaper The Telegraph from her forthcoming book, she unpicks the frosty relationships between Camilla and senior royals, and how they finally thawed – plus reveals astonishing claims of an alleged plot by Prince Andrew and the late Princess Diana to take the crown from King Charles III.

They tried to push the then Prince of Wales aside so Prince Andrew could become Regent to Prince William, who was then a teenager, claims the new book.

One of the Queen Consort’s greatest challenges was getting the late Queen Elizabeth to accept her both as a member of the Royal Family and her daughter-in-law.

Other British national newspapers have followed up on the revelations.

The Daily Mail reported that a “senior insider” at the palace is said to have told Ms Levin: “When Diana was alive, through her friendship with Andrew’s wife Sarah, (Duchess of York) she plotted with Andrew to try to push Prince Charles aside so Prince Andrew could become Regent to Prince William, who was then a teenager.”

“They were dark and strange times, where paranoia became reality, and this was a worry.”

His behaviour was very, very negative and extremely unpleasant to Queen (Elizabeth), who disagreed. I was told it was one of the rare occasions he didn’t get his way, the newspaper reported.

“Nonetheless, he was apparently very angry that he couldn’t rule the country in some way. He remained so hostile to Camilla’s emergence and acceptance that it’s doubtful it has ever been forgiven.”

Buckingham Palace and representatives for the Duke of York have been contacted for comment by the media.

The Daily Mail added that The Duke of York and King Charles have reportedly had a strained relationship over the years, which has worsened dramatically since Prince Andrew’s ties to paedophile Jeffrey Epstein emerged.

When Buckingham Palace announced in January that the Prince would be stripped of all his military titles and patronages, and would defend his sex abuse case against Virginia Giuffre as a private citizen, it was understood the now-King had been instrumental in influencing the decision.