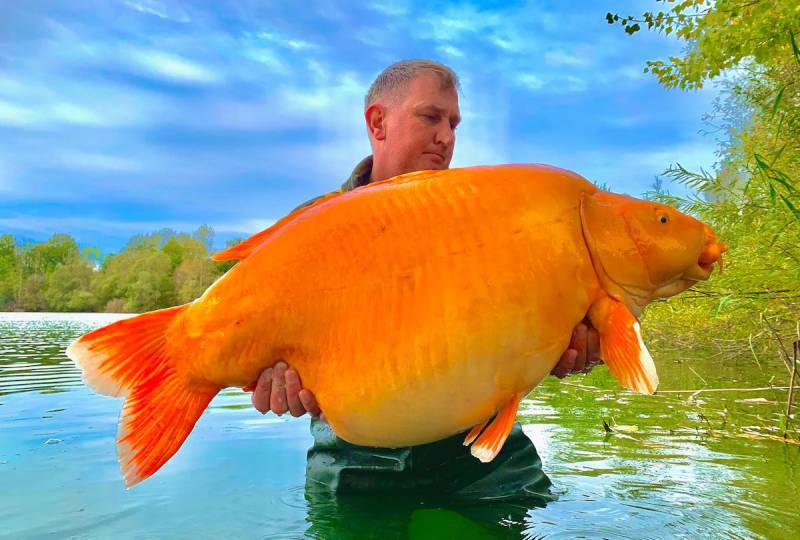 An angler in France had the surprise of his life when he caught what could be the world's largest goldfish from a pond in France.

The giant fish, nicknamed 'Carrot' by the locals was released into the pond around 20 years ago. Since then, locals have been trying in vain to catch Carrot.

After catching Carrot, 42-year-old Hackett said, “I always knew the Carrot was in there but never thought I would catch it.

“I knew it was a big fish when it took my bait and went off side to side and up and down with it. Then it came to the surface 30 or 40 yards out and I saw that it was orange.

“It was brilliant to catch it but it was also sheer luck.”

After a 25-minute battle to bring the fish in, Hackett posed for some photos with his extraordinary catch, before releasing it back into the pond.