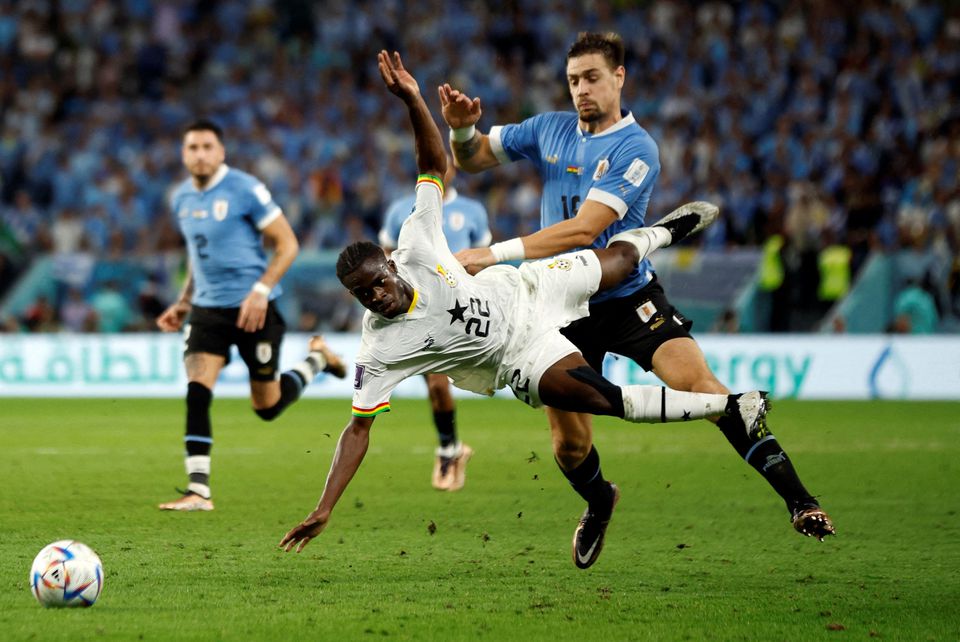 Football has always been about athleticism. A good player has an inborn understanding of the game and an impressive physique and can regularly hit top gear on the pitch. That way, he can assist the team in playing fast football. And while the world's highest-valued players have all that, none of them ranked as the fastest player in the 2022 FIFA World Cup.

According to data presented by SportsLens.com, with a speed of 35.7 kilometres per hour, Ghana's Kamaldeen Sulemana ranked as the fastest player in the 2022 FIFA World Cup.

According to official FIFA data, Ghana's Kamaldeen Sulemana hit a top speed of 35.7 kilometres per hour in the game against Uruguay. The 2022 tournament represented Ghana's fourth World Cup, with their best-ever finish being the quarter-final stage. Before the World Cup, Sulemana started his professional career at Danish side FC Nordsjælland before moving to Ligue 1 side Stade Rennais in 2021.

With a maximum speed of 35.6 km/h shown in the match between Canada and Croatia, Alphonso Davies ranked as the second fastest player in the 2022 FIFA World Cup. Bayern Munich's left-back is the club's fastest player, and his speed can shift the team's rhythm and stretch the game.

Spain's Nico Williams ranked third, with also a top speed of 35.6 km/h. The 20-year-old right winger joined Athletic Bilbao in June 2021 and is currently valued at €25.00m. His maximum speed was shown in the match between Spain and Germany.

Germany's David Raum and a Welshman Daniel James round the top five club, with the highest speed of 35.4 km/h each. Statistics show the world's most valuable footballer, France's Kylian Mbappé, ranked as the ninth fastest player in the 2022 FIFA World Cup. His top speed, shown in a match between France and Poland, was 35.3 km/h, or 2.4 km/h less than the leading Kamaldeen.

The TransferMarkt data showed the fastest footballer at the 2022 FIFA World Cup also has one of the smallest market values of all players on the list. With a market value of €18 million, Ghana's national team player is worth ten times less than the ninth-ranked Kylian Mbappé and four times less than Alphonso Davies, who stands second.

Behind Kylian Mbappé and Alphonso Davies, Morocco's Achraf Hakimi ranked as the third highest-valued player on this list. Like Davies, the Paris Saint-Germain right-back is also valued at €70 million.