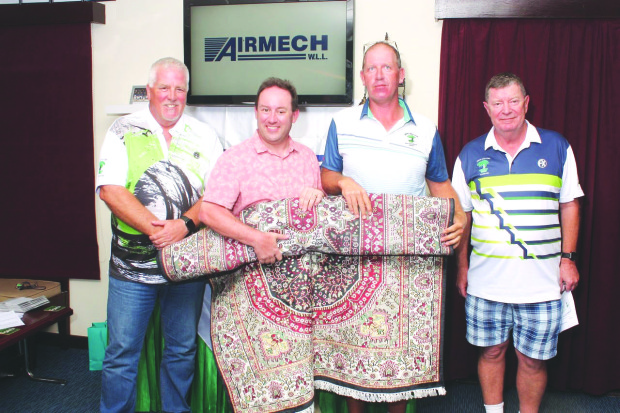 Sixty-two players teed off during the day in what proved to be the warmest round of golf so far this year.

Meinema scored an excellent 45 points (handicap seven) to claim first place. He finished four shots clear of Rashid S Yacoob, who was the runner-up on 41 points, while Susan Scott was third on 40 points.

The winners were presented their respective awards in a ceremony held at the club after play. Among those on hand to give away the prizes was AirMech representative Heath Moxham.

Although there were no holes-in-one carded this week, there were 17 two-strokers recorded on the day.

Later this week, the final competition of the season takes place with the Consolation Cup up for grabs.

It will be followed by the usual end-of-season social events, including “Bahrain vs The Rest of the World” and “John Gumby and Captain vs President” to round off 2018/19.

During the off-season, play continues at AGC for all those brave enough to take on the high temperatures.