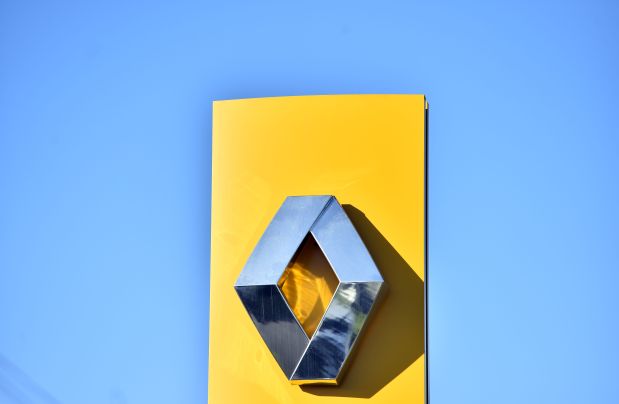 (FILES) This file photograph taken on January 15, 2016, shows the logo of French car manufacturer Renault in Saint-Herblain, western France. Shares of French car manufacturer Renault sank more than 7 percent on June 6, 2019, on the Paris Stock Exchange, weighed by the sudden withdrawal of the offer of a merger filed by the Italian-American Fiat Chrysler (FCA). / AFP / LOIC VENANCE

Le Maire said Paris, which has a 15 per cent stake in Renault, might consider reducing its stake, if it led to a “more solid” alliance between the Japanese and French firms, a French news agency reported, citing an interview with the minister.

“We can reduce the state’s stake in Renault’s capital. This is not a problem as long as, at the end of the process, we have a more solid car sector and a more solid alliance between the two great car manufacturers Nissan and Renault,” he said.

Le Maire had earlier said the French government was open to tie-ups involving Renault as long as French industrial interests were protected, and would consider any Renault deal with Fiat Chrysler that respected the French firm’s alliance with its Japanese partner Nissan.

Fiat on Thursday abandoned its $35 billion merger offer for Renault, blaming French politics for scuttling what would have been a landmark deal to create the world’s third-biggest carmaker behind Japan’s Toyota and Germany’s Volkswagen.

The French government had welcomed the merger plan, but overplayed its hand by pushing for a series of guarantees and concessions that eventually exhausted the patience of FCA, sources said.

Renault said the government was responsible for a second board meeting in two days failing to agree to push ahead with the merger, which was the final straw for FCA.

While the French government says the door to a deal “remains open,” analysts are sceptical.