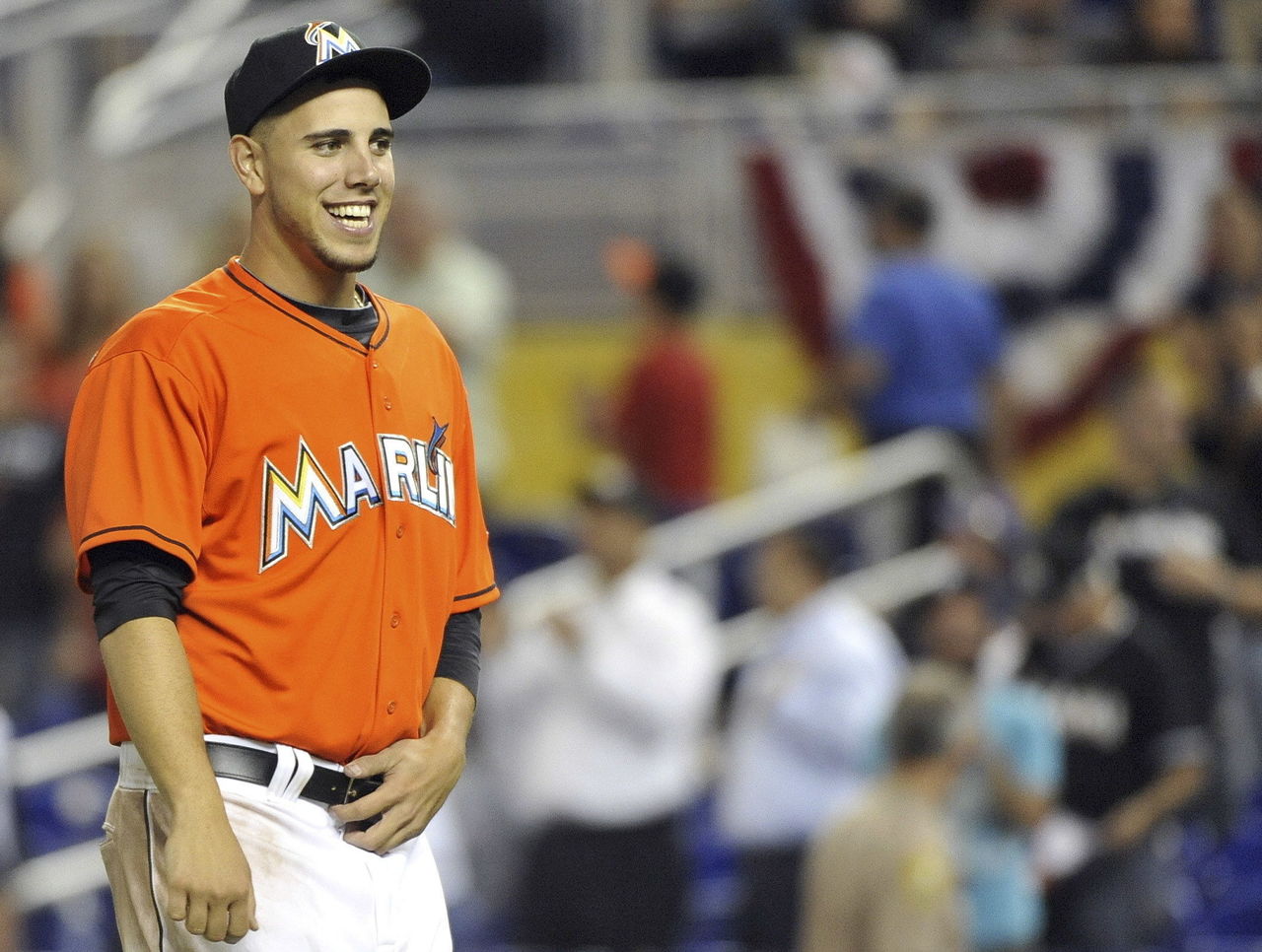 Detroit generated five hits, one walk and five runs in 5 2/3 innings against Fernandez, who struck out 13, one short of his career high. He had never lost a home game in his career before Wednesday, going 17-0 with a 1.40 ERA in 26 starts.

His 17 consecutive wins without a loss are an MLB record for the modern era.

Starlin Castro fell a triple shy of the cycle and drove in five runs as the New York Yankees scored 12 times in the first three innings of a 16-6 victory over the Houston Astros Wednesday night.

After getting a two-run double off Dallas Keuchel Tuesday, Castro singled during New York's six-run first inning and added a three-run home run in the second. He doubled in the sixth and then added an RBI single in the seventh.

Rookie shortstop Trevor Story set a major league record with home runs in his first three games and DJ LeMahieu and Ryan Raburn also homered in the Colorado Rockies' 4-3 win over the Arizona Diamondbacks on Wednesday.

Story has four homers in his first three games, another record in the modern era (since 1900).

Kyle Seager also had a two-run single in the ninth against Rangers closer Shawn Tolleson, who failed to get an out against five hitters. The Mariners overcame a one-run deficit by sending nine hitters to the plate in the ninth and scoring five runs.

For the second day in a row, Tampa Bay got a go-ahead home run in the eighth inning, with Steven Souza hitting a three-run shot for his second homer of the game, against Toronto at Tropicana Field.

Souza, who had the first multi-homer game of his career, matched a personal best with four hits, having also doubled off the wall in the second inning and singled in the fourth. His solo home run in the sixth extended the Rays' streak to 18 games with at least one homer, a franchise record that started in September 2015. The previous mark was set in April-May 2013.

Chris Carter hit his first home run as a Brewer and drove in the go-ahead run with a seventh-inning sacrifice fly as Milwaukee avoided a season-opening sweep at Miller Park.

Jeff Smardzija gave up three runs and eight hits in five innings to remain winless in his career against the Brewers but turned things over to the bullpen with the game knotted at 3.

Scott Schebler's two-run double with the bases loaded in the bottom of the ninth inning lifted Cincinnati over Philadelphia at Great American Ball Park.

Cincinnati's rally wasted a two-run homer by Philadelphia's Maikel Franco and a solid start by Aaron Nola, who allowed one run through seven innings.

Mike Napoli's home run in the bottom of the seventh inning broke a 6-6 tie and lifted Cleveland over Boston at Progressive Field.

Napoli, who played for the Red Sox from 2013 to 2015 before signing with Cleveland as a free agent during the winter, belted a 2-2 pitch from reliever Junichi Tazawa over the left-field wall for his first home run.

Den Dekker was recalled from Triple-A Syracuse earlier in the day when the club placed Ben Revere on the disabled list. He did not arrive to take batting practice but was called on to hit for Stephen Strasburg with runners on first and second. He responded by lining a low fastball off the wall in right-centre field.

Yovani Gallardo was stellar in his Baltimore debut, Chris Davis homered and the Orioles beat Minnesota.

Gallardo (1-0) allowed one run and two hits with four strikeouts and three walks in five innings on a chilly night at Camden Yards. It was an encouraging performance from Gallardo, who has made at least 30 starts in each of the past seven seasons. Zach Britton picked up his first save after finishing with 37 last year.

Juan Nicasio was dazzling in his Pittsburgh debut, allowing one run and two hits in six innings to complete a season-opening, three-game series sweep.

Signed as a free agent in December after pitching primarily in relief for the Los Angeles Dodgers last season, Nicasio struck out seven and did not walk a batter.

San Diego became the first team to open a season with three consecutive shutout losses and set a major league record by starting the season with 27 scoreless innings. The 1943 St. Louis Cardinals held the mark at 26 innings.

The A's snapped their season-opening two-game losing skid and ended Chicago's streak of six victories at the Coliseum.