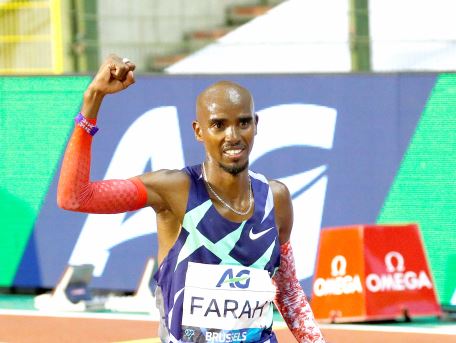 BRUSSELS: Britain’s Mo Farah returned to the track in style yesterday after three years away when he broke the world record for the one-hour run while Safan Hassan smashed the women’s equivalent by more than a lap at the Brussels Diamond League meeting.

Farah was locked in a duel with Belgium’s Bashir Abdi for most of the race but powered away during the final minute and was so full of running that he did not realise the race had ended and kept on for at least another 20 seconds.

Farah retired from the track in August 2017 to concentrate on road running but hopes to compete in the 10,000 metres at next year’s rescheduled Tokyo Olympics.

The 27-year-old Hassan took control early on and surged away from Kenya’s world marathon record-holder Brigid Kosgei, who was subsequently disqualified for leaving the track.