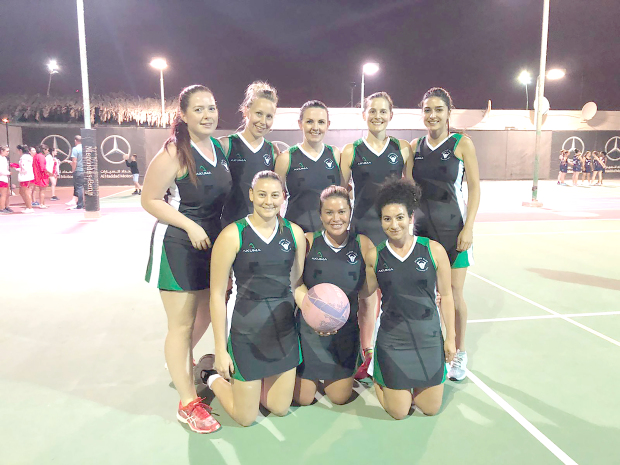 The Dilmun Club A team

Dilmun Club A have been named the Bahrain Netball League Division 1 champions for the 2019-20 season.

Dilmun A collected 25 points to emerge as the leaders in the division while British Club A bagged 19 points to become the runners-up.

Dilmun Club Youth (20) and Sri Lanka NEC (11) are the Division 3 champions and runners-up.

The League has also announced the players of the season for each team as chosen by the umpires. They are:

The trophies and medals will be presented to the winners at an event to be held later.