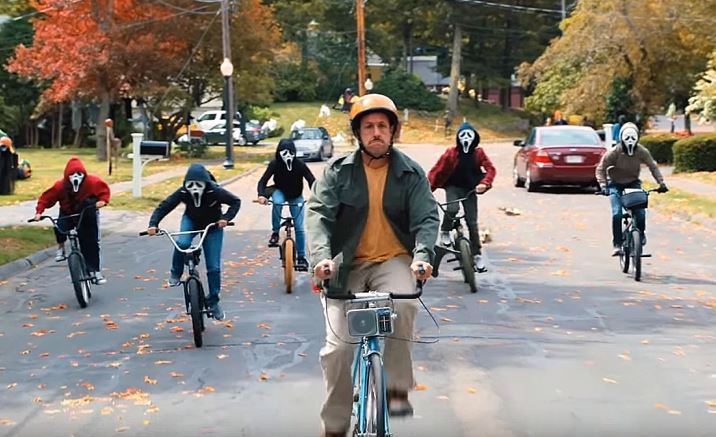 If you have watched any recent Adam Sandler films, other than Uncut Gems, you will have witnessed that the ideas and characters are wacky to say the least.

True to form in his latest straight to Netflix original, Sandler plays the not-so-clever Hubie Dubois, donning a silly voice and grabbing a magic thermos to act out the principal role.

Halloween is Hubie Dubois favourite time of the year. He and his thermos keep Salem’s spook-filled streets safe for its children every 31st of October, but this year Hubie’s Halloween isn’t as straightforward as usual.

Rob Schneider, Steve Buscemi and Julie Bowen are just a few of the familiar faces involved, alongside Stranger Things’ Noah Schnapp, and a grown-up Chirag Gupta from Diary of a Wimpy Kid.  There is also a surprise appearance of Shaquille O’Neal which adds wonderfully to this light-hearted film.

The many misleads, dead-ends and false accusations, along with the twisting sub-plots, spiral the tension and confusion keeping viewers on their toes guessing who, or what, is causing havoc for Hubie.

It’s clear that Adam Sandler had fun in mind when creating the film but it isn’t one of his best .  It has a rushed script feel to it and even though the idea is original and amusing at times, the plot sometimes feels tedious and that … with a running time of I hour 42 minutes … puts it in real danger of losing its audience before its controversial ending.

Put that to one side and Hubie Halloween is a fun movie for this time of year.  It’s not going to win any Oscars but it will give you a scare and a chuckle or two while you’re eating your Halloween candy.