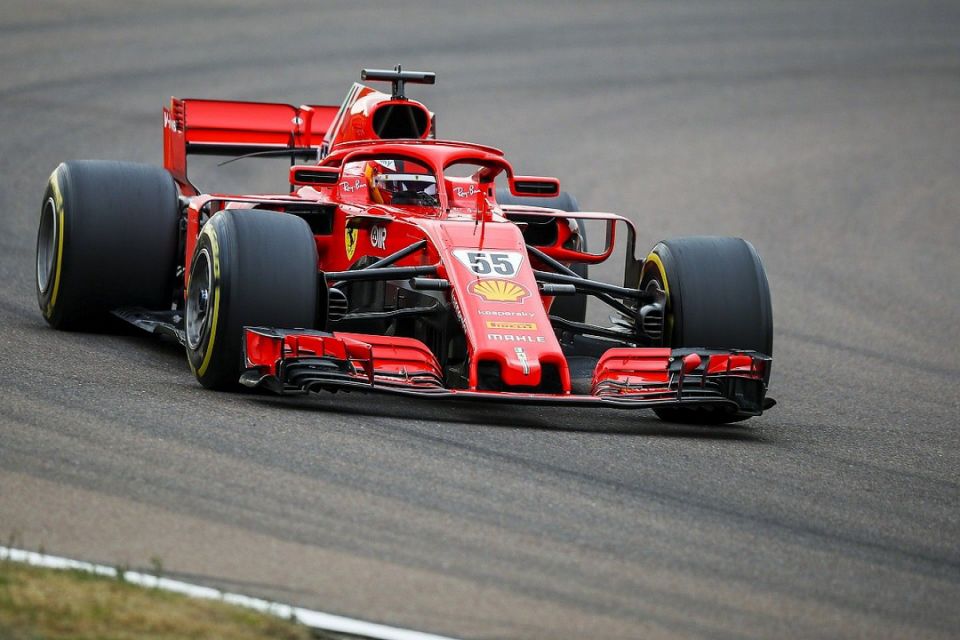 The 26-year-old has moved from McLaren to Maranello as replacement for four-times world champion Sebastian Vettel alongside Charles Leclerc, who returned to the cockpit on Tuesday after recovering from Covid-19.

“The alarm went off at dawn because we had some very early meetings before going out on track,” said Sainz after his day in a 2018 car.

“One of the most special moments for me today was when I arrived at the circuit and I saw the Ferrari with my number 55 on it. I was eager to jump in the car and that first installation lap was exciting.

“Then we got down to work and I am very pleased with how the day unfolded.”

Sainz, watched by his father Carlos senior, said he had worked through an extensive programme, getting used to team members and familiarising himself with the processes and steering wheel changes.

A banner declaring ‘Vamos Carlos’ was festooned from a flyover on a public road where some fans and reporters were watching from afar.

Leclerc had also completed more than 100 laps in his stint, practising starts and work for the new season starting in Bahrain on March 28.

Ferrari are carrying out five days of testing with race drivers and Academy youngsters, including F2 champion Mick Schumacher who will be racing for the US-owned Haas team this season. Official pre-season testing is limited to three days in Bahrain in March but teams can do private running in cars that are more than two years old.