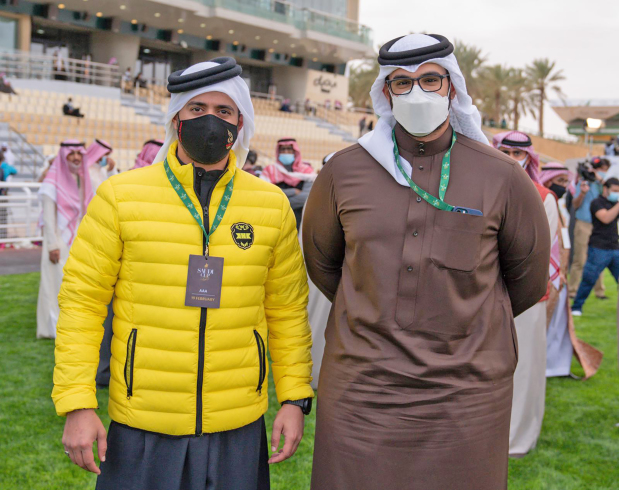 The $30.5 million Saudi Cup day will culminate in the showpiece $20m race.

Simsir (Victorious) and Global Giant (Al Adiyat Racing) have been slated to compete in the 1,800-metre race, which will witness 14 contenders in the fray for the coveted prize.

Global Giant finished second, beating other renowned horses from all over the world, including Irish Derby Champion Sofargen.

Dark Power, winner of STC race, will seek to retain its title it clinched last year after winning the 1,351m race on the grass track.

New Show (Victorious), winner of Crown Prince’s Cup this year, will also take part in one of the races.

Roman River (Bahraini MNA Stable) will make its debut, competing in the 1,200m race on sandy track, which will witness the participation of 14 horses.

Shaikh Isa praised the continuous excellence of the races organised by Saudi Arabia at various levels, noting that the Saudi Cup is a sports forum that everyone is keen to participate in because of its prominent role in promoting the development of horseracing in the region.