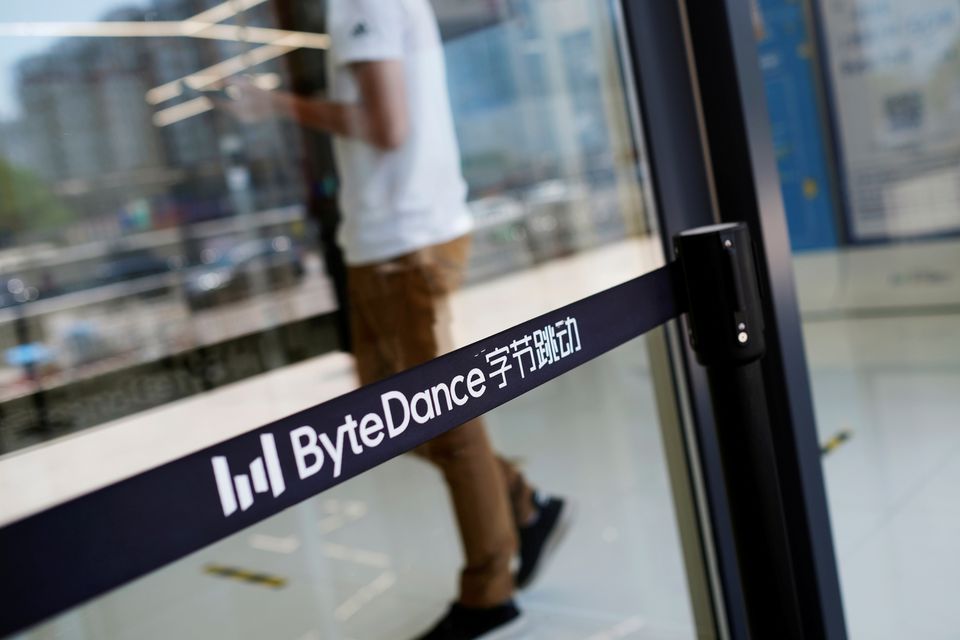 A man walks by a logo of Bytedance, the China-based company which owns the short video app TikTok, or Douyin, at its office in Beijing, China July 7, 2020. REUTERS/Thomas Suen

Beijing-based ByteDance said on Friday it had no imminent plans for an initial public offering (IPO).

"There has been recent media speculation about our IPO plans. We would like to clarify that we're not ready at this stage and do not have IPO plans yet," TikTok owner
ByteDance said in a statement to Reuters.

Reuters has reported ByteDance has been exploring possibilities to list Douyin, the Chinese version of TikTok, in New York or Hong Kong, or obtain a public listing for some
of its Chinese businesses including Douyin and news aggregator Toutiao.

ByteDance has also been looking at a potential IPO for its non-China business, which includes TikTok that is not available in China, in Europe or the United States.