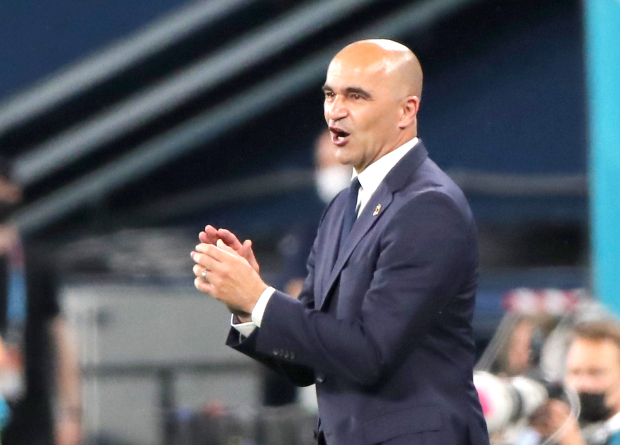 Belgium have split this week’s training into two parts to mitigate for not knowing the identity of their next opponents at Euro 2020, coach Roberto Martinez said yesterday.

Belgium confirmed top place in Group B on Monday with a 2-0 win over Finland and next play in the last 16 in Sevilla on Sunday, but they will only discover who they face once the group phase is concluded tonight.

“There are some things you can influence and other factors you cannot,” Martinez told a news conference yesterday.

“We will spend the earlier part of the week reviewing ourselves. We will do a lot of work going over the games we’ve played over the last weeks, the two warm-up friendlies and three group games. We will look at the players used, the partnerships, what worked and what didn’t.

“So, the next days are about regenerating players and going back on our games and seeing how we can become better.”

Once Belgium know who they are playing, Martinez said training would be focused on the knockout round game.

“That work will be a lot different from the stuff earlier in the week,” he said. “Team selection will be based on how the players do in training and then what role they will play in the game and who they will be facing.”

Sunday’s opponents for top-ranked Belgium could well be one of France, Portugal or Spain – countries who won either the World Cup or European Championship inside the last decade.

“That makes them psychologically feel they can beat anyone on the day,” Martinez said. “They can find that winning mentality when it is needed and they’ve got the talent that can win the tournament.

“I don’t think this tournament is going to be predictable or that there are any favourites. This tournament is about being ready on the day and there will be big games decided by small margins,” Martinez added.