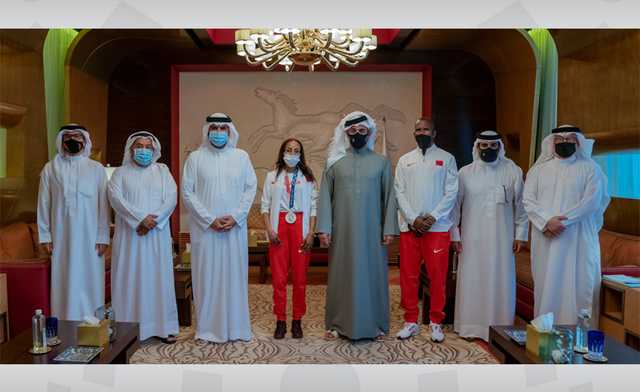 He expressed his pride in Kalkidan Gezahegne’s performance in Tokyo which won her silver medal in the women’s 10,000m race.

Shaikh Khalid said the distinguished efforts made by His Majesty’s representative for humanitarian work and youth affairs and Supreme Council for Youth and Sport chairman Shaikh Nasser bin Hamad Al Khalifa, contributed to the implementation of the visions and directives of the King to advance Bahraini sports, which was reflected in the high level and efficiency of technicians, administrators and players.

He wished Bahraini athletics more successes in the 2024 Paris Olympics.

He also praised the efforts of the Bahrain Athletics Federation, headed by Mohammed Abdullatif bin Jalal, through the implementation of plans and programmes to continue developing the sport, to achieve remarkable results for Bahrain.

He congratulated Kalkidan and wished her more success in upcoming competitions.