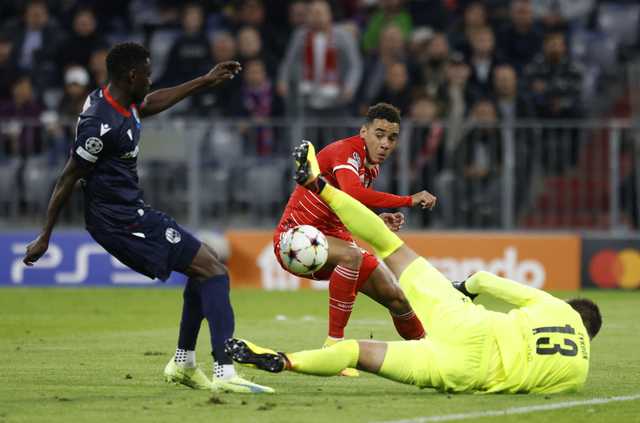 Bayern Munich struck three times in the opening 21 minutes en route to a 5-0 demolition of Viktoria Plzen in the Champions League last night to stay top of Group C and set a record for the longest unbeaten run in group matches.

The Germans have now gone 31 group matches in the competition without defeat.

Liverpool comfortably beat Rangers 2-0 to move into second spot in Group A. The win, thanks to a sumptuous first-half free kick from Trent Alexander-Arnold and a second-half penalty by Mohamed Salah, put the six-times European champions on six points after three games – three points behind leaders Napoli.

Inter Milan bounced back after two consecutive losses in Serie A with a crucial 1-0 win against Barcelona thanks to a Hakan Calhanoglu goal. The Turkish midfielder slotted home a clinical strike from just outside the area, with the ball going into the corner to the goalkeeper’s right in added time before the break.