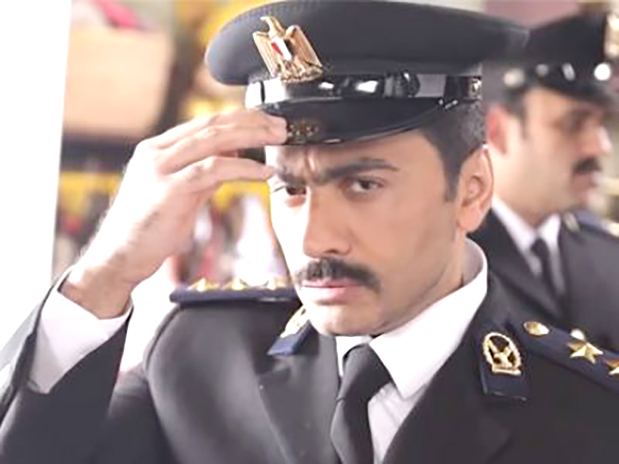 The story is simple: Waleed and his uncle Hamada Ayn Al Aqel (played by Akram Hosny) were born on the same day and were both failures at school and university after which Hamada was sent away to the police academy and later started working for the Egyptian Football Federation.

Waleed, meanwhile, continued studying at the university for 15 years and so the management decided to give him false grades to graduate in order to get rid of him.

Hamada becomes a corrupt referee and is suspended by the federation, while Waleed is looking for financing from the Youth Bank for a Lego project, but comedian Hassan Hosny, who plays the bank manager, rejects it in favour of another project.

During a reunion party, which they both misunderstand as a costume party, they wear police costumes which they stole from Waleed’s mother, Najat (played by legendary actress Dalal Abdulaziz), who knits costumes for actors.

Both continue wearing the costumes after seeing their fortunes change and as Waleed attempts to win over his former classmate Reem (Amina Khalil).

As a result they are embroiled in a chase as both the police and a Spanish assassin Marcos (Majid Al Masry) hunt them down.

The film’s running time of 100 minutes was sufficient and the right choice by writer Ayman Bahjat Qamar and director Mohammed Al Adel, as Arab audiences tend to get bored if a movie exceeds that limit.

Tamer Hosny could continue in different cinematic roles for years to come should he shift to acting permanently if he decides to quit music, but for at least a decade he will continue being successful in both.