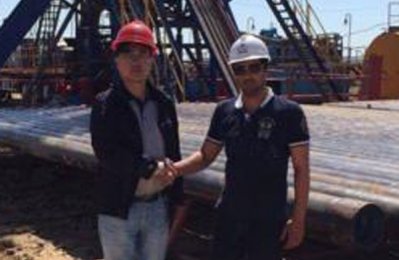 UAE-based Al Falahi Group of Companies has signed an agreement with the Chinese Eastern Dragon Company, a global leader in oil field services, to launch a joint venture worth Dh300 million ($81 million) in the UAE.

The joint venture will produce and supply equipment, including high-tech devices, within the oil services sector for both public and private enterprises, said a statement.

The event was attended by a number of businessmen and representatives from major companies in the sector.

Al Falahi said: “The agreement comes within the framework of developing the oil services sector in the UAE in general and Abu Dhabi in particular.

“The private sector is a strategic partner of the public sector in implementing the strategic plan and the UAE’s future vision, and an active contributor to the development process in its various forms,” he added.

The new venture aims to add value to the Al Falahi Group of companies, which includes City Mall, a leading shopping centre, located in Madinat Zayed in the Western region, it added.

Mohammed Jerio Al Falahi, CEO, Al Falahi Group, pointed out that the partnership with the Chinese Eastern Dragon Company is necessary to build institutional partnerships with industrial, commercial, national, and international sectors, in order to serve the UAE’s oil sector and upgrade the level of services in general.

Chen said that he looks forward to contributing to the success of this project and the others that the company is developing, in cooperation with his partners across the UAE and abroad. – TradeArabia News Service