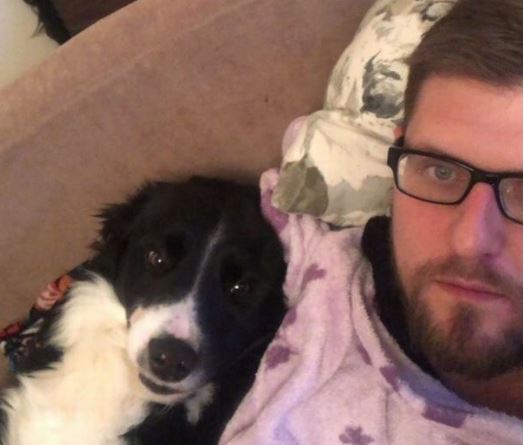 Ryan and Casper, now Tiktok sensations, cuddling up to each other (Image credit: Ryan Dykta)

A five-year-old Collie has become a TikTok sensation with more than half a million followers.

Casper is seen 'conversing' with 32-year-old probation officer Ryan Dykta in funny videos on the social media platform, where he puts voices over the top to match Casper's mouth and body movements.

In the videos, Casper is seen being accused of digging up the garden, pretending to be a sheep, auditioning for Star Paws, almost getting found out for going through the bin and trying to be president or prime minister.

Mr Dykta, who set the account up to pass time during paternity leave and lockdown, said he decided to try uploading a video much later.

By September, his prized pet Casper was going viral on the platform.