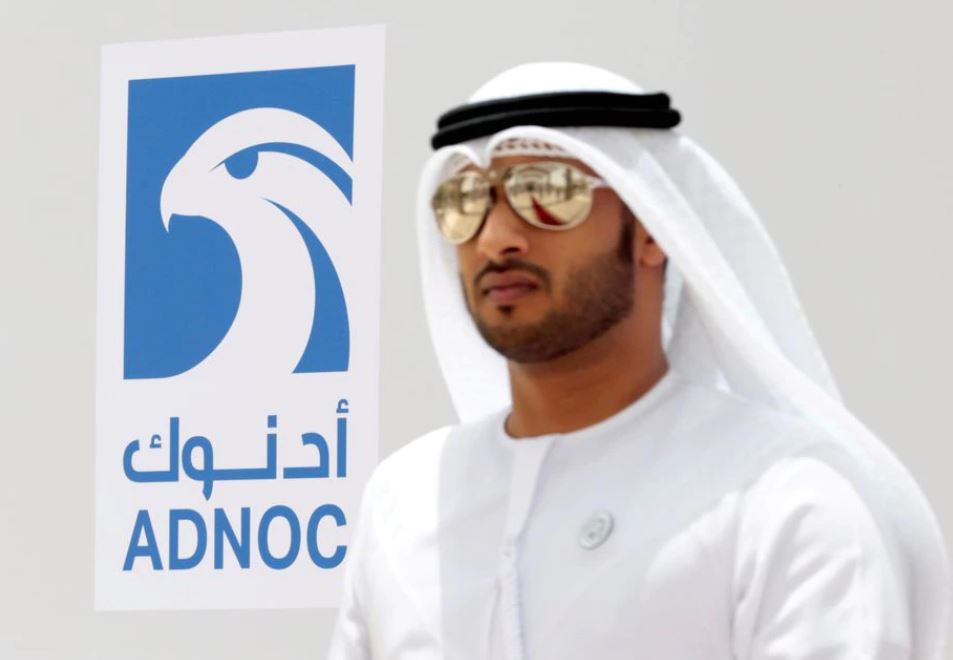 An Emirati man is seen near the logo of Adnoc in Ruwais, United Arab Emirates May 14, 2018. (Image credit: Reuters)

The offering was oversubscribed, with total gross demand amounting to more than $34 billion, it said in a statement.

A tranche for United Arab Emirates retail investors was set at 10 per cent and a tranche for local, regional, and international institutional investors at 86 per cent, with the remaining 4 per cent to be allocated to Adnoc employees and UAE retirees.

Adnoc will continue to own an 84 per cent majority stake in the unit, while Baker Hughes will retain its 5 per cent shareholding.

Helmerich & Payne will hold 1 per cent through its IPO cornerstone investment.

Adnoc increased to 11 per cent of share capital the size of the IPO, it said this month, because of oversubscription. It had previously targeted a minimum stake of 7.5 per cent.

The sale is the second public flotation of a company owned by the Abu Dhabi oil major after the 2017 listing of Adnoc Distribution, the largest operator of petrol stations and convenience stores in the UAE.

Adnoc and Saudi Aramco, in neighbouring Saudi Arabia, are seeking to raise cash from outside investors as part of plans to diversify sources of income.