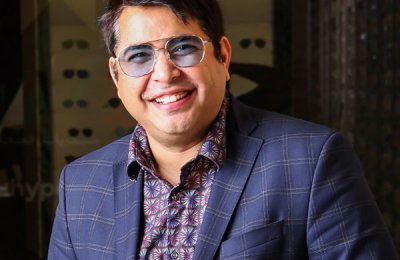 Sudhir Syal
Lenskart, Asia’s largest optical retailer, has announced a partnership with the region’s leading online shopping destination Noon.com as part of the eyewear brand’s expansion across the Middle East.
Lenskart entered the region only last year with the opening of its first store at Dubai Festival City Mall, yet has since expanded its retail presence rapidly with stores in BurJuman Mall and Ibn Battuta Mall as well as a first store in Abu Dhabi at Dalma Mall and Bawadi Mall in Al Ain. The brand also intends to have a total of 20 stores open in the UAE by March 2023.
Noon, which launched in December 2017 across KSA and the UAE has since grown exponentially across the region, becomes the first Middle Eastern e-commerce retailer with which Lenskart has partnered. The eyewear company’s decision to distribute products on the local platform comes as it looks to enhance its presence across the e-commerce sector and attract new customers across the region.
True omnichannel brand
“Noon has established itself as a major player in the market and for Lenskart this is a step towards establishing us as a true omnichannel brand accessible to consumers across multiple touchpoints,” said Sudhir Syal, Lenskart’s Chief Business Officer.
Madhur Acharya, Vice President of e-commerce at Lenskart said: "Having a presence on a platform as strong as Noon will allow us to forge into the regional eyewear business and will be a great way to showcase our technology-backed products. Noon will become the first regional e-commerce platform that Lenskart will be available on emphasizing the brand’s confidence and our commitment to the Middle East market."
The UAE's e-commerce market is forecast to increase 60% to more than $8 billion by 2025 from 2021, according to a survey by EZDubai and Euromonitor International, which also found that roughly three out of every four Emirates-based respondents shopped online last year.
Eyewear category expanding rapidly
“The eyewear category both online and on Noon is expanding rapidly. We aim to be an important part of that growth,” added Syal.
Lenskart will bring a selection of its trendy, premium eyewear from its inhouse fashion brands, including John Jacobs and Vincent Chase. Customers will also have access to Lenskart’s innovative BLU Computer Lenses, which shot to prominence during the work-from-home era and are perfect for those in need of blue-light-blocking technology to protect their eyes from the light emitted by screens.-- TradeArabia News Service