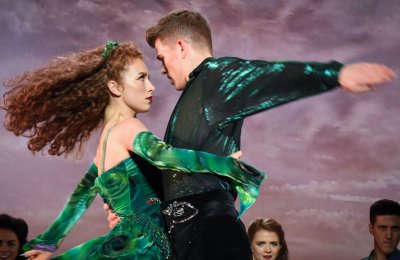 The entertainment offering is truly multifaceted, with the varied line-up ensuring there’s something for everyone. This unique and awe-inspiring venue will bring the world’s most acclaimed musicals and shows to both residents and visitors of the UAE. With visitor numbers surpassing the 1 million mark since opening, Dubai Opera is proud to support the city’s burgeoning arts and entertainment scene.

Jazz Classics (Jazz)
An exquisite collection of compositions from the repertoire of legends from the world of jazz. In this special event, Dubai Opera Big Band will be paying tribute to the compositions of iconic artists such as Frank Sinatra, Ella Fitzgerald, Aretha Franklin, Nina Simone, and Nat King Cole. The Dubai Opera Big Band features twenty of best musicians from the UAE and GCC that will ensure an unforgettable evening of jazz.
When: 1st October (8pm)
Price: Tickets start from AED150 ($40)

Iyad Rimawi (Concert)
Syrian music composer, songwriter, and producer who is best known for his soundtracks for famous TV series such as Godfather and Nadam is back with "One Night at Dubai Opera" presented by Arabian Entertainment House. He wowed audiences at EXPO Dubai 2020 and October will see Iyad and his Orchestra give a truly memorable performance.
When: 15th October (9pm)
Price: Tickets start from AED195

Travis (Rock/ Pop Concert)
To mark the “Invisible Band” four-time platinum album turning 20, The Scottish rock band will be taking to Dubai Opera’s stage to perform famous hits like Sing, Flowers in the Window, and Side. Prepare to be immersed in some seriously nostalgic music!
When: Monday 17 October (8pm)
Price: Tickets start from AED240