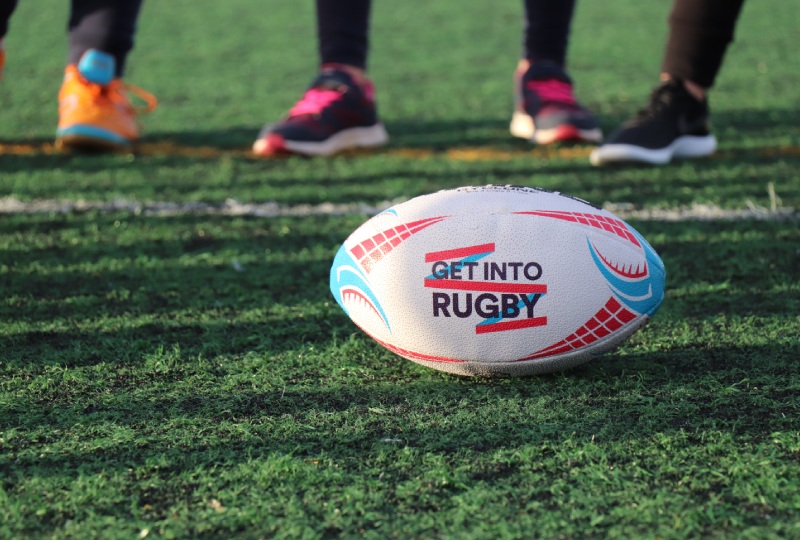 Man of the Match: Rory Drummond

Bahrain continued their return to West Asia Premiership rugby with a second win on the road as they beat Abu Dhabi Harlequins 37-15 at Zayed Sports City. Prior to this game, both teams had started their campaigns with an away win each.

Expectations were of a tough, hard-contested game and the fixture lived up to this expectation. Tempers ran hot and both teams were reduced to 14 players each during the game.

The first quarter of the game was an arm-wrestle with both teams taking turns to dominate. It looked like Bahrain had broken the deadlock first after a line break by Jordan Viggars, but referee Jaco De Wit ruled the move involved a forward pass and awarded a scrum to Quins.

Quins cleared their lines from the scrum with a pressure-relieving kick into Bahrain’s half of the pitch. The relief didn’t last long. Bahrain winger Kyran Odendaal was hit late after a deft kick-through and Bahrain supporters in the crowd expected the cynical tackle would be rewarded with 10 minutes in the sun-bin.

However, the Quins player stayed on the pitch but it didn’t help. From the line-out inside Quins territory, a well-worked move saw Bahrain centre Jack Phillips score in the left corner. Jamie King kicked the conversion and, with 20 minutes gone, Bahrain had taken a 7-0 lead.

Five minutes later, indiscipline by Quins resulted in Bahrain being awarded a penalty which King slotted over with ease.

The next 10 minutes saw an intense period of play by both sides, resulting in Quins becoming encamped on the Bahrain try line. An over-enthusiastic challenge by Aiden Ascott saw the Bahrain second row receive the first of De Wit’s yellow cards. Quins took advantage of the numerical advantage and ran in a try of their own. A successful conversion saw Quins improve the scoreline 7 points to Bahrain’s 10.

It was looking like the first half would end without any more scores until Bahrain winger Shai Wiperi seized on a fumbled pass by the Quins and ran 60 yards to touch down in the right corner. King couldn’t convert the try, so the first half ended with Bahrain leading 15 points to 7.

Quins made a better start to the second half. A planned move from a line-out in Bahrain’s half opened an uncharacteristic gap in the Bahrain defence and Quins were very much back in the game. The conversion would have brought Quins within one point, but it sailed wide of the posts.

As the pressure began to tell, indiscipline by Quins led to them being reduced to 14 men as De Wit returned to his pocket to brandish the second yellow card of the evening.

Bahrain’s forward pack had dominated the scrum throughout the game. After being awarded a penalty five metres from the Quins try line, it was no surprise that the men in red elected for a scrum. The scrum drove Quins back over their try line and gave Drummond a simple touchdown for his second try. King’s troubles with the boot continued and he couldn’t convert the try. By now, the writing was on the wall and Bahrain’s fourth try increased the margin between the teams to 13 points and secured the all-important league bonus point.

With 10 minutes left in the game, Quins were awarded a penalty which was kicked successfully to bring the score to 25-15, but these were their last points of the game.

Five minutes later, a period of sustained pressure and electrifying handling saw Drummond surge over for his third try. This time, King locked his sights and nailed the conversion to increase Bahrain’s haul to 32 points.

The last five minutes saw Quins well and truly on the rack as Bahrain came at them relentlessly. With three minutes remaining till the final whistle, it looked like veteran winger, Deina Morete was about to score in the corner, but desperate defending by Quins saw him bundled into touch. It made no difference. A minute later, tight-head prop Dylan Pieterse bulldozed across the line to score his first try for the Redwall. King converted again and as the final whistle blew, Bahrain came away with a creditable 39-15 away win.

Bahrain’s next game will be against Jebel Ali Dragons at home in Saar on November 5. This will be Bahrain’s first home fixture since winning the 2019/2022 WAP competition and the team expects its Redwall of supporters to be out in force to support them.