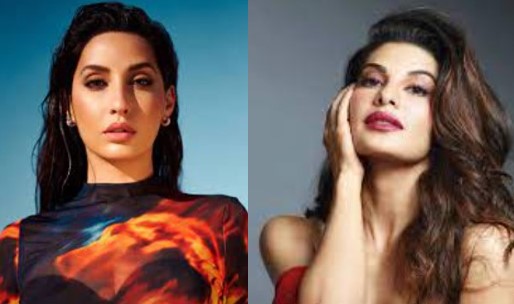 Fatehi accused the media organisations of "carrying forward and circulating" Fernandez's remarks, adding that they "were acting in connivance with each other".

While both celebrities have been questioned in a money-laundering case filed against millionaire conman Sukesh Chandrashekhar, Fatehi’s plea alleged that Fernandez “made defamatory imputations” due to “malicious reasons” with an intent to “destroy her career to further her own interests”.

"A conspiracy by the accused No. 1 (Jacqueline Fernandez) to ensure the financial, social, and personal downfall of the complainant was hatched, and enacted by the said action," she has said in a petition filed through her lawyer.

"Her rapidly progressing career quite obviously has threatened her rivals who are unable to compete with her on a fair footing," the petition says.

"It has started to become evident that the aforementioned rivals being unable to compete with the complainant fairly in the industry have started to try and tarnish her reputation which would cause her loss of work and hence would open up greener pastures for her rivals in the industry," it adds.

Chandrashekhar has been accused of allegedly extorting Rs 200 crore from the wife of former Fortis Healthcare promoter Shivinder Singh and after their summons by probe agencies, Fernandez has been named as an accused in the case after it was revealed that she received expensive gifts from him.

Fatehi has also received gifts from him, it was found.

Fernandez, who denied receiving any gifts from Chandrashekhar, had earlier in a plea before the Appellate Authority of Prevention of Money Laundering Act, stated that it was surprising that like her some other celebrities, notably Fatehi, had also been conned in the same case, but while Fatehi and other celebrities had been made witnesses, she has been accused.

"The reputation of any person in the film industry is an asset and any denting in the same would cause a huge and irreparable damage to their career. All the accused herein are acutely aware of this and this establishes that the defamation done by them is with malafide intentions," Fatehi's defamation petition said.